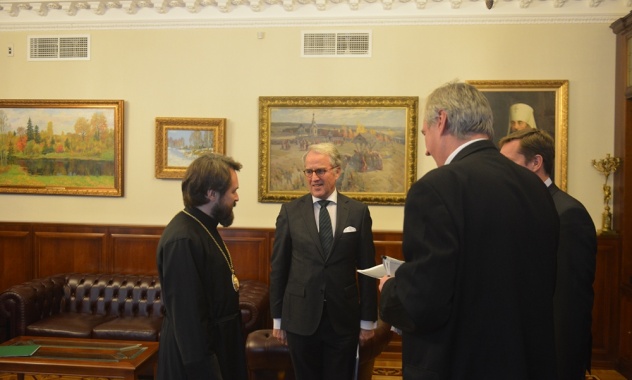 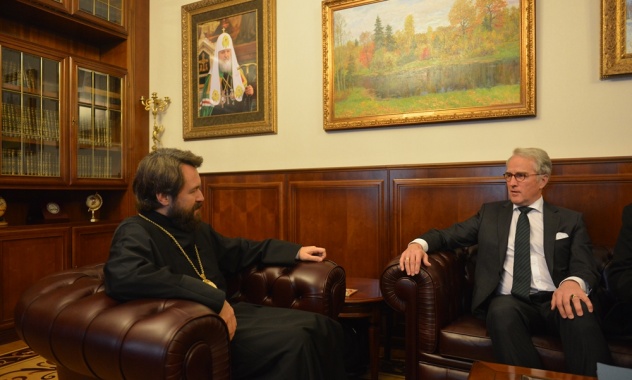 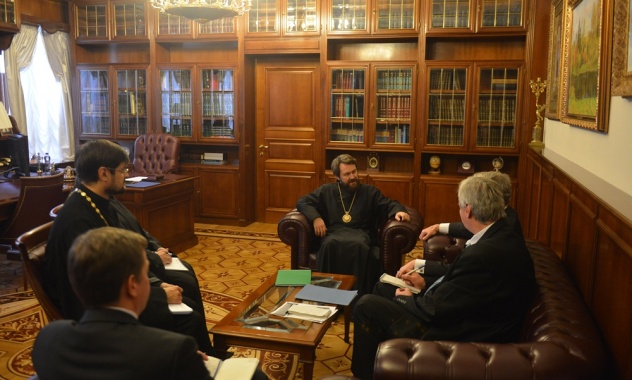 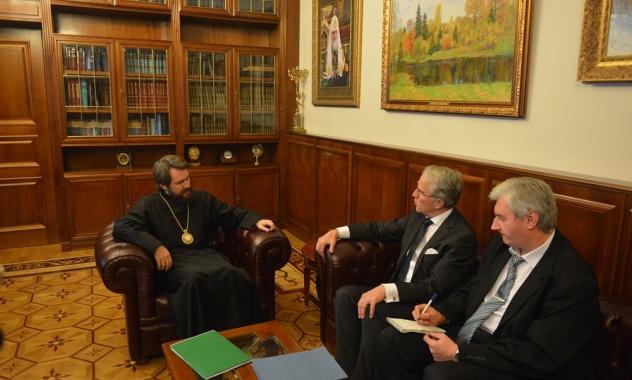 On November 15, 2016, Metropolitan Hilarion of Volokolamsk, head of the Moscow Patriarchate’s department for external church relations (DECR), met with Germany’s Ambassador to Russia Baron Rüdiger von Fritsch-Seerhausen, at the DECR. Participating in the meeting were also Mr. Jan Kantorczyk, head of the German embassy department for culture, and interpreter Alexey Somikov from the German side, and Hieromonk Stephan (Igumnov), DECR secretary for inter-Christian Relations and Hierodeacon Roman (Kiselev), DECR secretariat for the far abroad, from the DECR side.

Metropolitan Hilarion warmly welcomed the high-ranking German diplomat. At the latter’s request, he inform the ambassador about various aspects of the work carried out by the Russian Orthodox Church today, including on the international arena.

They also discussed matters involved in the holding of a number of events devoted to the 500th anniversary of the Reformation in Germany.

On his part, the ambassador thanked the metropolitan for the opportunity to meet and have a substantial talk.