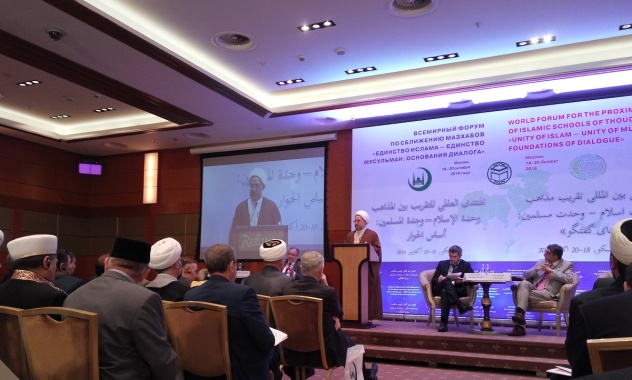 The World Forum for Proximity of Islamic Schools of Thought on ‘Unity of Islam – Unity of Muslims: Foundations of Dialogue’ opened in Moscow on October 19, 2016. The Religious Board of Muslims of the Russian Federation, Moscow Islamic Institute and Secretariat of the Muslim International Forum are among the organizers.

Taking part in the meeting are Muslim, leaders, representatives of state organizations, diplomatic corps of Russia and foreign countries, and members of the academic community.

The Moscow Patriarchate’s Department for External Church Relations was represented by Mr. Ilya Kashitsyn, a staff member of the DECR secretariat for interreligious relations.