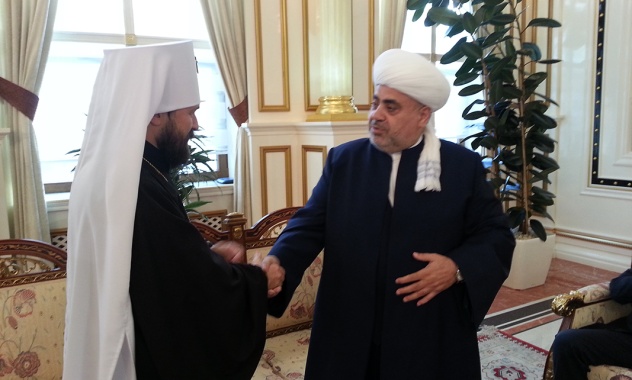 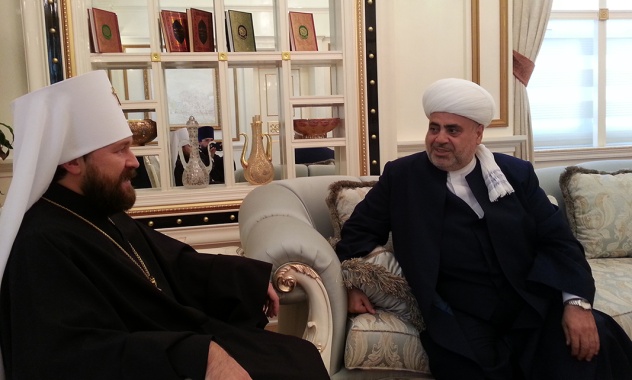 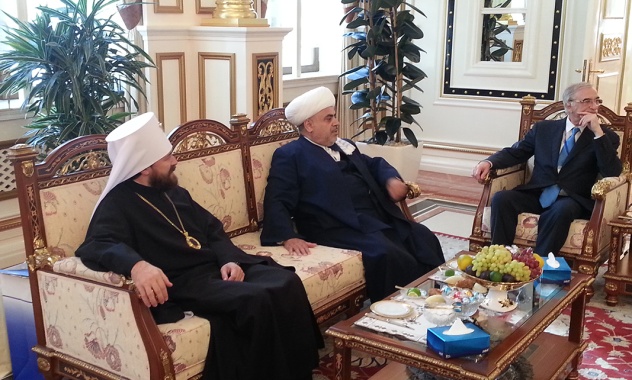 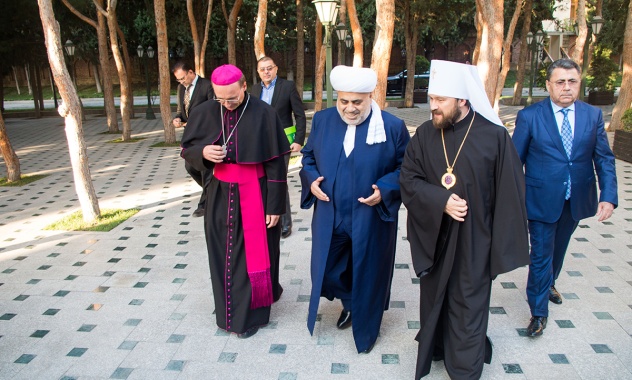 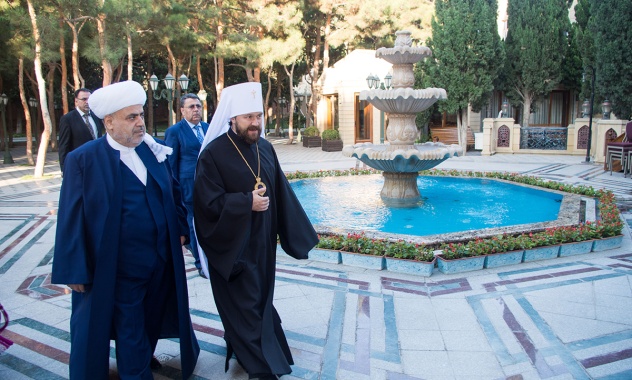 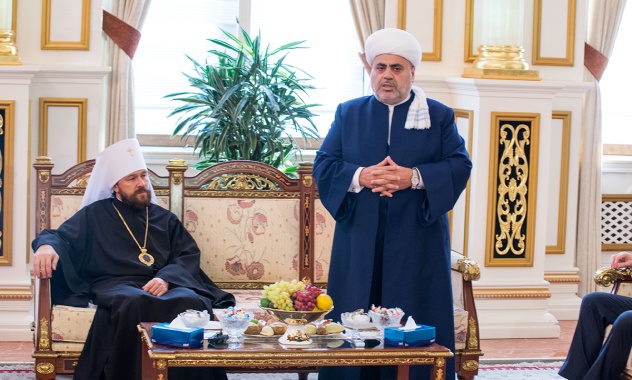 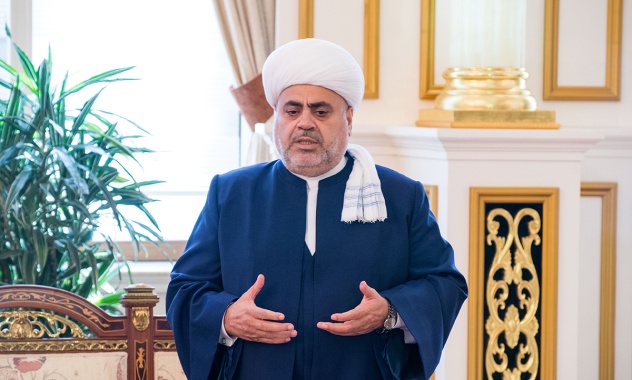 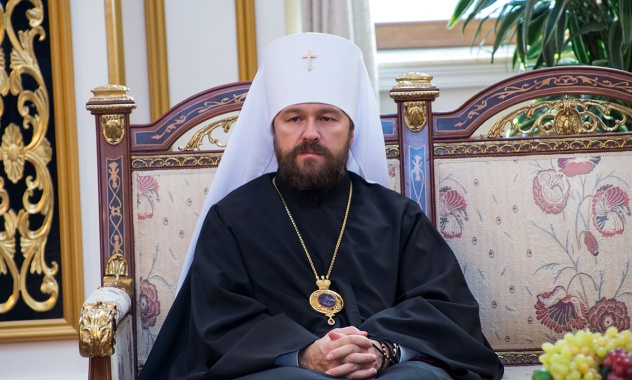 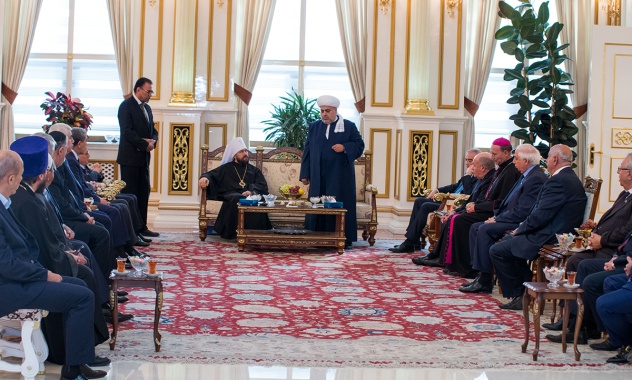 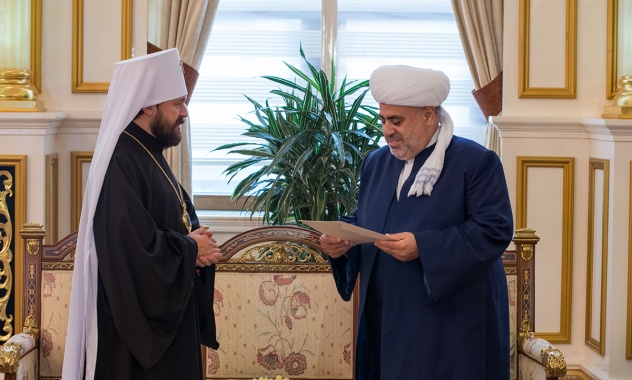 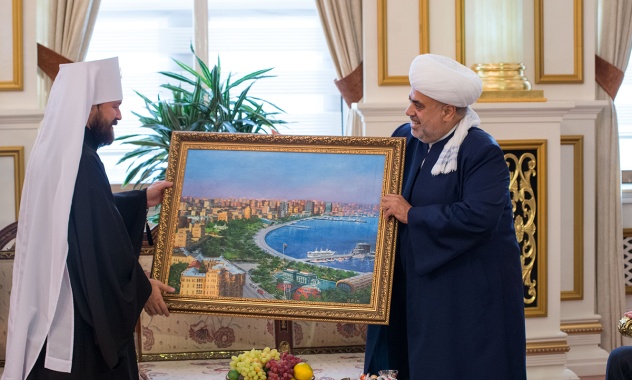 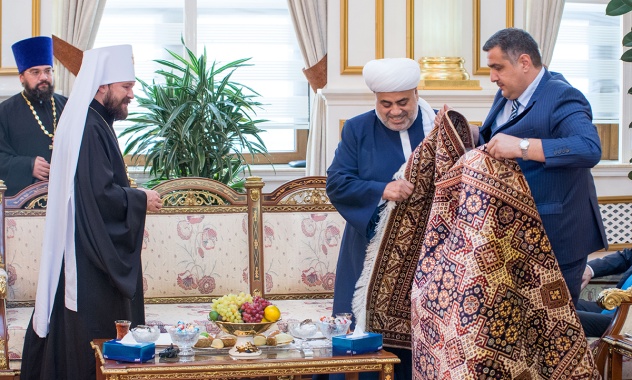 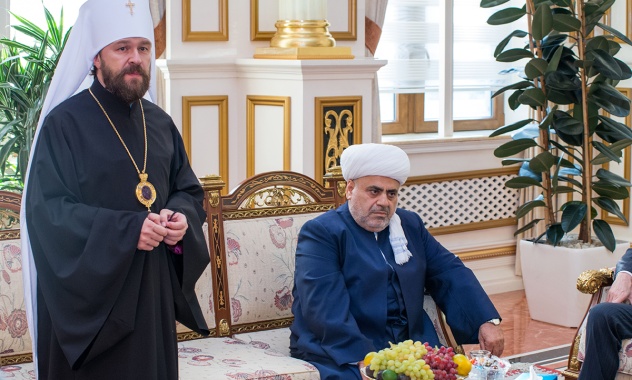 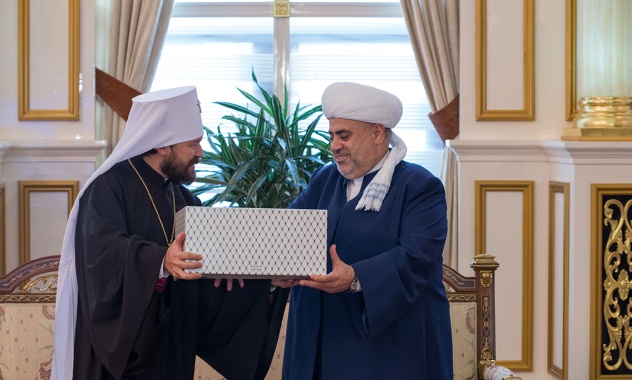 On September 29, 2016, Metropolitan Hilarion of Volokolamsk, during his visit to Azerbaijan, visited the residence of the head of the Caucasus Muslim Board at his invitation.

Greeting the participants in the meeting, Metropolitan Hilarion noted the great contribution made by Sheikh ul-Islam Allahshuqur Pasha-zade to the development of interreligious dialogue and his efforts for establishing peace in the region.

Speaking about the 5th Baku Humanitarian Forum, which had opened earlier that day in the capital of Azerbaijan, the DECR chairman said: ‘The Forum, which we have come to attend, is a very timely initiative of President Ilham Aliyev who has invited representatives of various cultures and religions who have contributed to international reconciliation and dialogue. I would like to draw your attention to the fact that despite a difference in religious traditions all the participants in the Forum were speaking of the same thing – the need to struggle against terrorism and to consolidate our efforts for achieving peace and accord’.

Metropolitan Hilarion conveyed to Sheikh ul-Islam Allahshuqur Pasha-zade an invitation from Patriarch Kirill of Moscow and All Russia to come for the celebrations devoted to his 70th birthday.

Greeting the high guest, Sheikh ul-Islam Allahshuqur Pasha-zade stressed that the relations with the Moscow Patriarchate remain one of the priorities in the external work of the Caucasus Muslim Board. He expressed gratitude to Azerbaijan’s ambassador in the Russian Federation Polad Bulbul oglu and Russia’s ambassador to Azerbaijan V. Dorokhin for their efforts made to improve relations between the two countries, especially in interreligious cooperation.

In the conclusion of the meeting, the sides expressed hope for further development of interreligious dialogue in the efforts to overcome the threats of extremism pursued under religious slogans. The participants also pointed to the importance of common actions to be made by religious, political and public leaders in strengthening peace among nations.