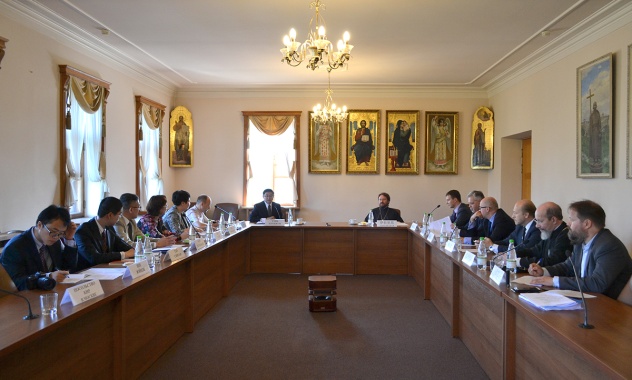 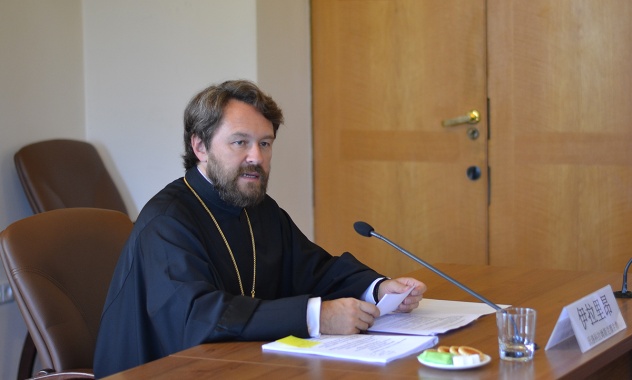 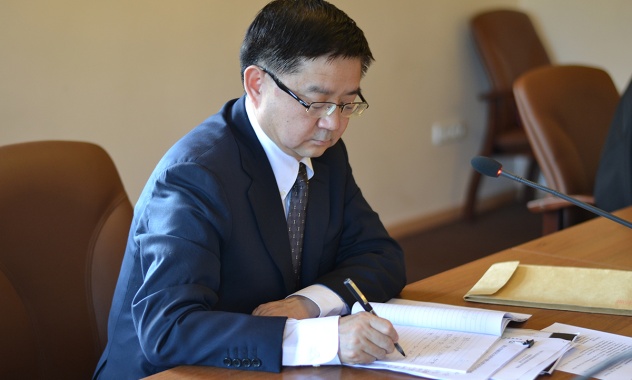 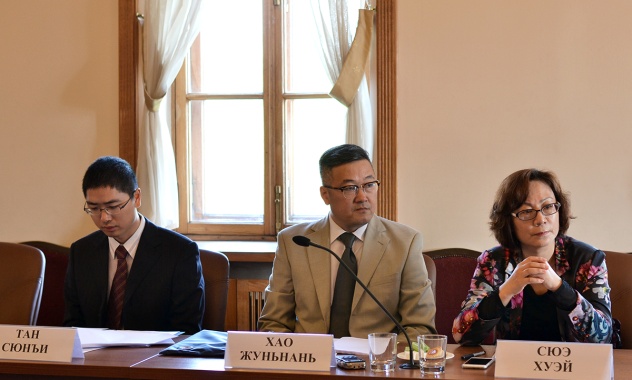 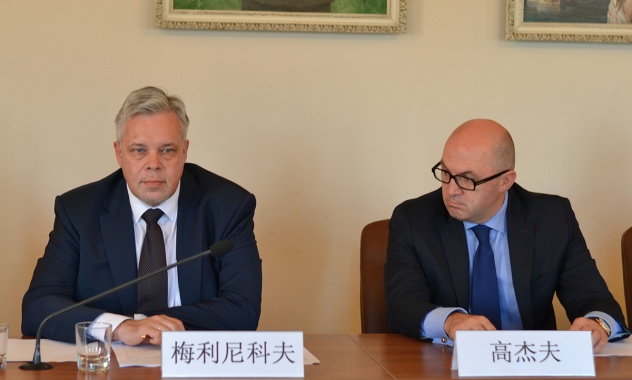 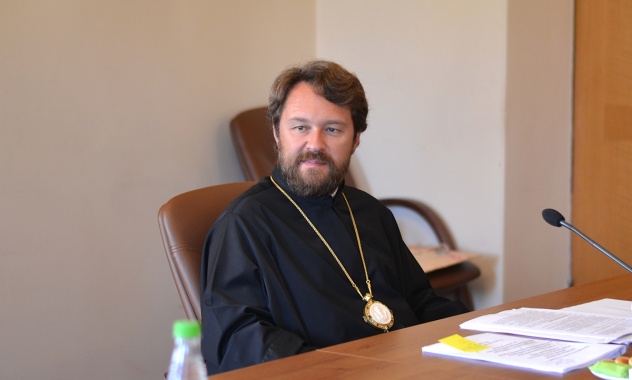 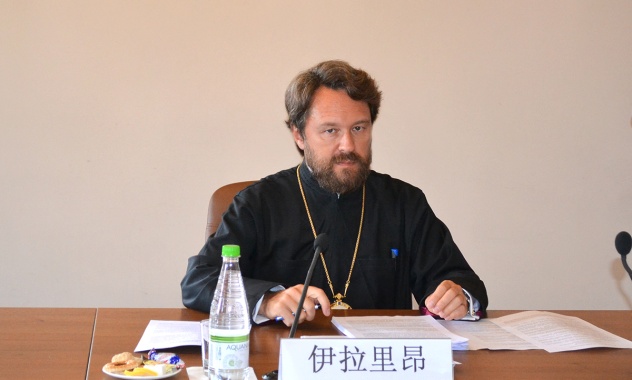 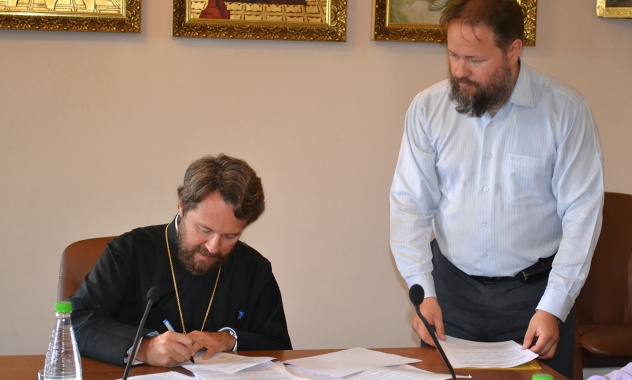 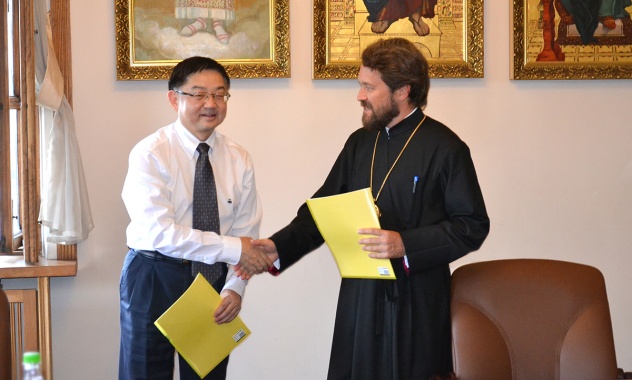 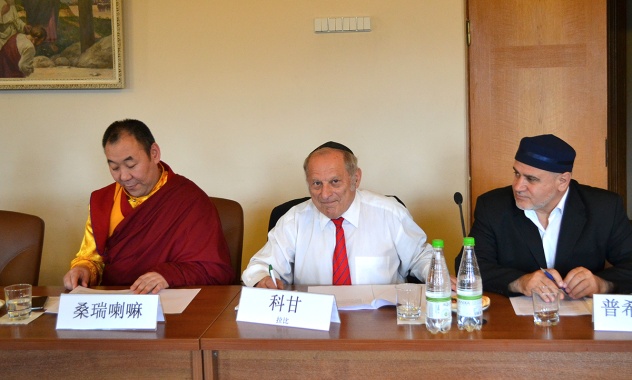 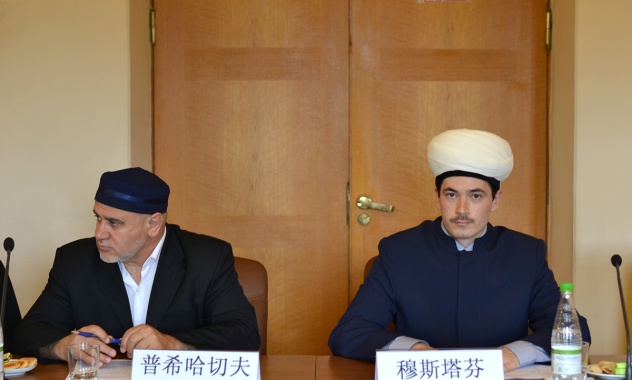 On 23 August 2016, the 5th session of the Russian-Chinese working group for contacts and cooperation in religious sphere was held at the Moscow Patriarchate’s Department for External Church Relations.

Taking part in the meeting were Metropolitan Hilarion of Volokolamsk, chairman of the Moscow Patriarchate’s Department for External Church Relations; archpriest Nikolai Balashov, DECR vice-chairman; Mr. Denis Agafonov, deputy head of the Foreign Policy Directorate of the President of the Russian Federation; Mr. Sergei Melnikov, consultant at the Internal Policy Directorate of the President of the Russian Federation, executive secretary of the Presidential Council for Cooperation with Religious Associations; Mr. Vladimir Yegorov, head of the UNESCO Chair at the Russian Presidential Academy of National Economy and Public Administration; Mr. Ildar hazrat Galeev, head of the international department of the Russian Mufties Council; Gelong Sanjay Lama, representative of the Buddhist Traditional Sangha in Moscow; and Mr. Dmitry Petrovsky, DECR staff member.

Among those invited to take part in the consultations were members of the Council for Interreligious Cooperation of the Russian-Chinese Committee of Peace, Friendship and Development: Mr. Shafig hazrat Pshikhachev, executive president of the International Islamic Mission; Rabbi Zinovy Kogan, vice-president of the Congress of Jewish Religious Communities and Organizations of Russia for relations with state, public and religious organizations; Mr. Denis hazrat Mustafin, deputy chancellor of the Spiritual Administration of Muslims for Moscow and the Moscow Region.

To take part in the session, a Chinese delegation arrived in Moscow, led by Mr. Chen Zongrong, deputy director of the PRC State Administration for Religious Affairs (SARA). The delegation also includes Ms Dai Chenjing, director of the SARA 4th  Department, and other SARA staff members.

Among the issues discussed at the session was cooperation between Russia and China in religious sphere, the relationships between the Orthodox Christians of the two countries, and education of the Orthodox students from China at theological schools of the Russian Orthodox Church.

The participants in the meeting exchanged their opinions on the importance of the religious factor for the development of society, as well on the importance of cooperation between traditional religions of Russia and China, and emphasized the necessity to combat extremism in its dangerous manifestations.