DECR chairman meets with Ambassador of Italy to Russia 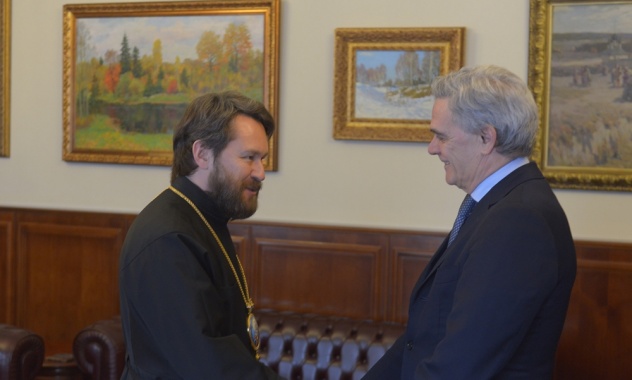 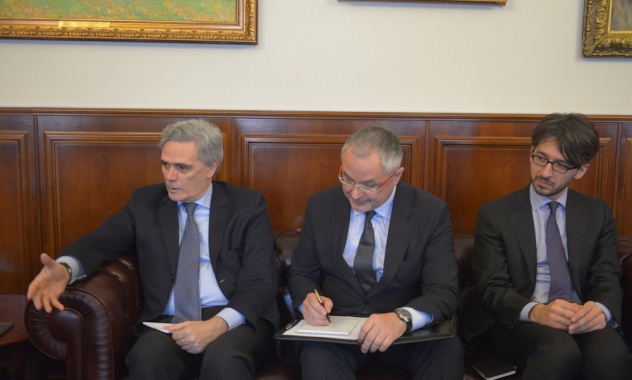 On 11 April 2016, Metropolitan Hilarion of Volokolamsk, chairman of the Moscow Patriarchate’s Department for External Church Relations, met with H.E. Cesare Maria Ragaglini, Ambassador Extraordinary and Plenipotentiary of the Italian Republic to the Russian Federation. They were joined in the meeting by Mr. Roberto Orlando, counselor of the Embassy; Mr. Filippo Cinti and Mr. Ivan Vaccarello, secretaries of the Embassy; and Rev. Alexy Dikarev, staff member of the DECR secretariat for Inter-Christian Relations.

Metropolitan Hilarion warmly greeted Ambassador Ragaglini and his suite and expressed his satisfaction over the development of constructive relations between the Embassy of the Italian Republic and the Department for External Church Relations. The guest thanked Metropolitan Hilarion for the meeting and confirmed the interest of the Embassy in the development of cooperation.

Discussed at the meeting held in the informal and friendly atmosphere were various topical issues and the present state of the Catholic-Orthodox dialogue in particular. Ambassador Ragaglini highly appreciated the historic meeting of His Holiness Patriarch Kirill of Moscow and All Russia and Pope Francis in Havana and noted its importance for the protection of Christians in the Middle East and North Africa, and also for searching the ways of peaceful settlement in the region. Metropolitan Hilarion told the guests about the preparation got the Pan-Orthodox Council and the issues to be debated.