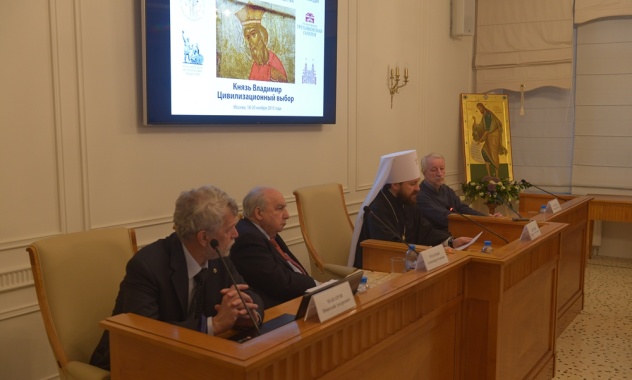 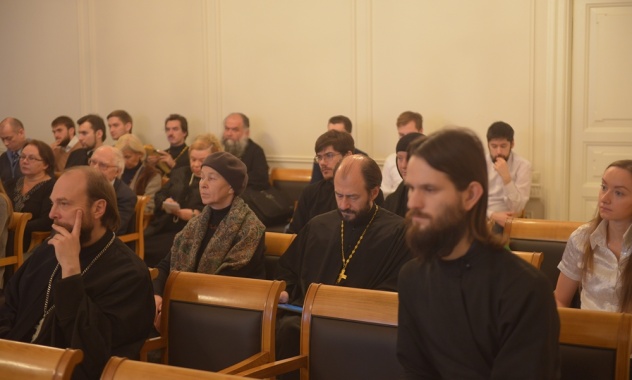 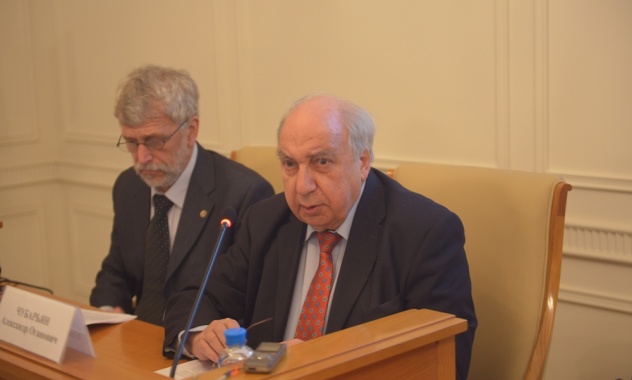 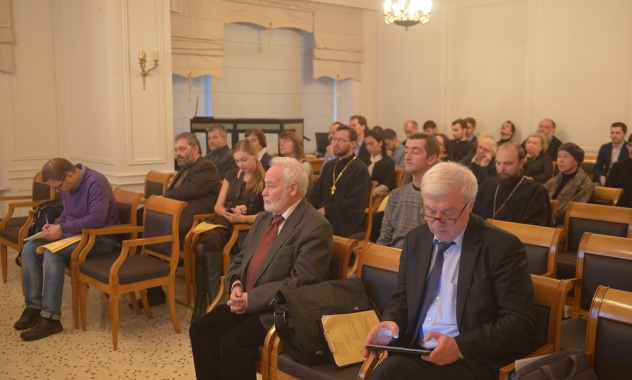 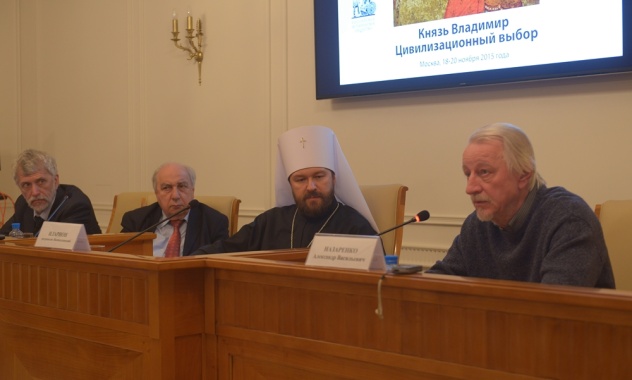 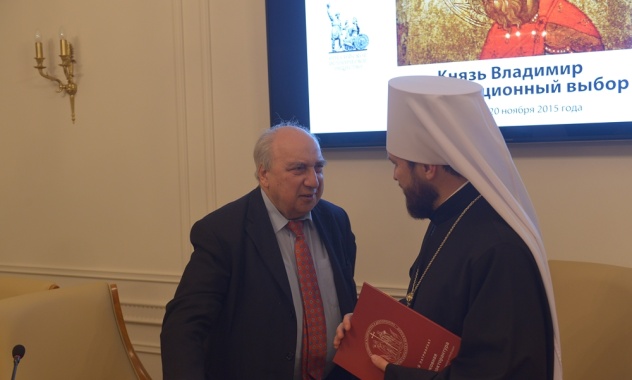 On November 19, 2015, the international conference on ‘Prince Vladimir. Choice of Civilization’ held its first plenary session at the assembly hall of the Ss Cyril and Methodius Institute of Post-Graduate Studies (CMI).

Metropolitan Hilarion of Volokolamsk, head of the Moscow Patriarchate’s department for external church relations (DECR) and CMI rector, welcoming the participants, said that the session continued the work initiated at the conference the day before by the addresses made by His Holiness Patriarch Kirill of Moscow and All Russia, Russia’s State Duma Speaker and chairman of the Russian History Society S. Naryshkin and by President Vladimir Putin’s message of greetings brought by Presidential Envoy for the Central Federal Okrug A. Beglov.

Metropolitan Hilarion continued his address with reading a paper on ‘The Significance of the Adoption of Christianity by Old Russia’. He noted that for our contemporaries, Prince Vladimir is not only a historical personality and a saint venerated by the Church. He stressed that ‘In the present era of imaginary and real divisions and confrontations experienced by historical Rus’, his very image is deeply symbolic as he unites nations, cultures, states, local traditions, because the image of Saint Vladimir reminds us above all of his epoch-making deed – the Baptism of Rus’.

‘Vladimir’s legacy is the factor of unity. Any attempt to appropriate this legacy or fragment it contradicts its very essence; for Prince Vladimir’s principal legacy is the faith of Christ, whose light has shown forth in Rus’. His Eminence pointed out that the way to overcoming divisions among today’s hairs of Vladimir Equal-to-the-Apostles – Orthodox Christians in various countries under the canonical responsibility of the Russian Orthodox Church – lies through their address to the common single spiritual source – the event of the adoption of Christianity by Old Russia’.

Academician A. Chubaryan, director of the Russian Academy of Sciences’ Institute of World History, spoke about the geopolitical results of Prince Vladimir’s policy.

A presentation on “Rus’ under Vladimir Svyatoslavovich: Cultural Changes in the Archeological Perspective” was made by Academician N. Makarov, director of the RAS Institute of Archeology.

Commenting on this presentation, Metropolitan Hilarion noted, ‘Artefacts of the time of Prince Vladimir is a treasure that should be preserved and studied through our common efforts. Among the exhibits of the recent exhibition held by the State Museum of History were coins of Prince Vladimir’s time with his image. These artefacts, as well as those you have mentioned, help us to have a better idea of that time. They are unique and visible witnesses to what we are discussing and studying. So, I wish you success in your work. I would like to assure you that the Church closely follows both the excavations and studies of monuments discovered in them’.

Then the conference heard a paper on ‘Rus after the Baptism: Things Borrowed and Her Own’ presented by Dr. A. Nazarenko, PhD, RAS Institute of World History.

Among the participants in the plenary session were Archimandrite Irenaeus (Steenberg), dean of the Ss Athanasius and Cyril of Alexandria Institute in San Francisco, Russian Church Outside Russia; Prof. Archpriest Vladislav Tsypin, PhD, Moscow Theological Academy; Archpriest Vladimir Shmaliy, CMI pro-rector for academic work, Archpriest Constantine Kostromin, head of the St Petersburg Theological Academy post-graduate course; Dr. B. Florya, RAS corresponding member, head of the RAS Institute of Slavic Studies’ department of the medieval history; Mr. A. Levykin, director of the State Museum of History; and Mr. S. Kravets, head of the CMI chair of social sciences and director of the Church Research Center ‘Orthodox Encyclopedia’. The conference was also attended by CMI students and others.

The international conference ‘Prince Vladimir. Choice of Civilization’ will last till November 20.