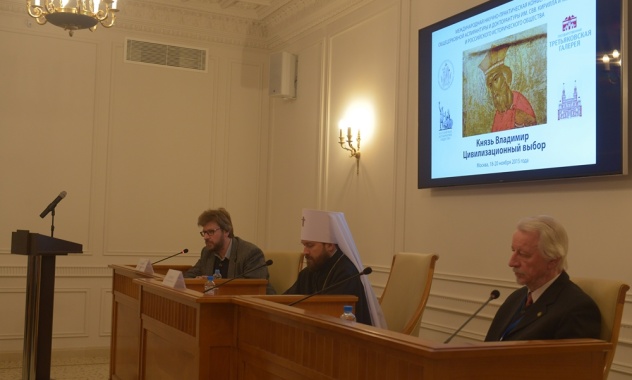 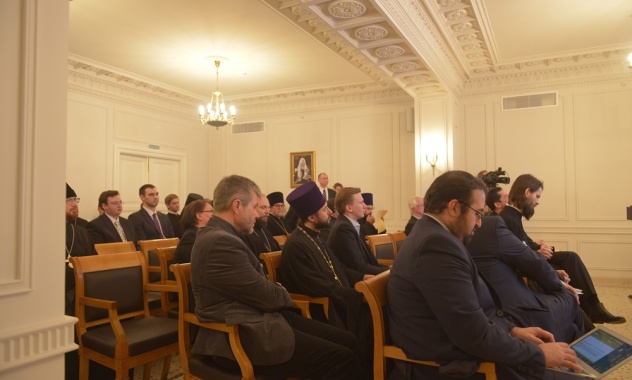 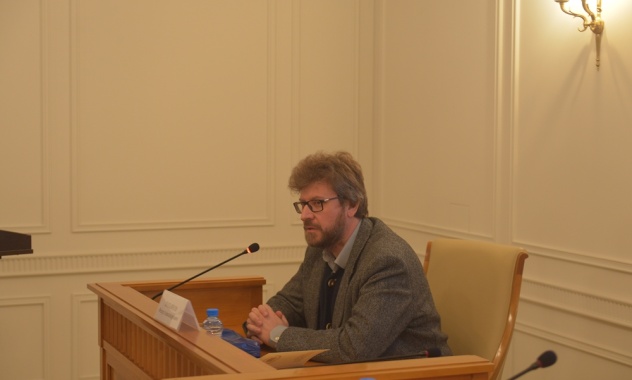 On 18 November 2015, a round table on Prince Vladimir and Russia’s Civilization Choice took place at Ss Cyril and Methodius Theological Institute of Postgraduate Studies.

Presiding over the meeting, which was held as part of the International Conference “Prince Vladimir. Choice of Civilization,” were Metropolitan Hilarion of Volokolamsk, chairman of the Department for External Church Relations of the Moscow Patriarchate and rector of Ss Cyril and Methodius Institute of Postgraduate Studies, and Mr. Fyodor Lukyanov, editor-in-chief of Russia in Global Affairs journal.

Addressing the participants in the round table, Metropolitan Hilarion noted that the goal of the meeting was to initiate an open discussion on the importance of the choice, made by the Holy Prince Vladimir, Equal-to-the-Apostles, not only in the historical perspective, but for the life of today’s society as well.

“It is my deep conviction that the main thing Prince Vladimir did was to choose Christ, the Gospel, and the spiritual and moral values that the Saviour had brought into this world,” Metropolitan Hilarion said, “That was what predetermined the history of our homeland. At every new stage in our history we saw how that decisive choice Prince Vladimir had made affected all our people, how significant it was for the outcome of many battles and wars, and what influence it had on the Russian culture.”

In his address, Mr. Fyodor Lukyanov, political analyst, spoke of Prince Vladimir’s choice in the perspective of todays’ life of the state and society.

“I believe that the most important thing about a civilization choice is that it encompasses everything, be it culture, values, politics, or economy,” he said, “What we have to realize now is, first and foremost, how the choice made by Prince Vladimir long ago and confirmed many times during the history of our country, affects our life today.”

To conclude the round table meeting, Metropolitan Hilarion thanked all the participants for a meaningful and interesting discussion and emphasized that Ss Cyril and Methodius Theological Institute of Postgraduate Studies would continue to provide a platform for dialogue between the secular and the church science.