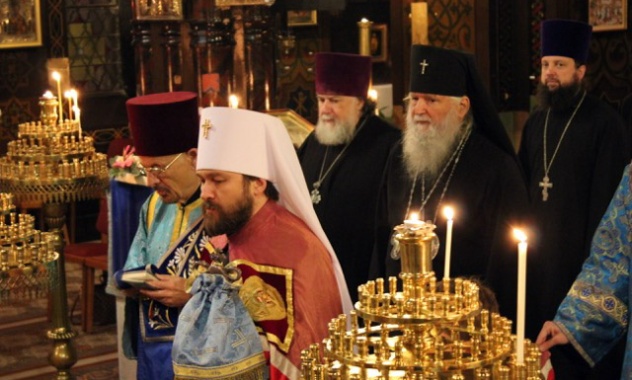 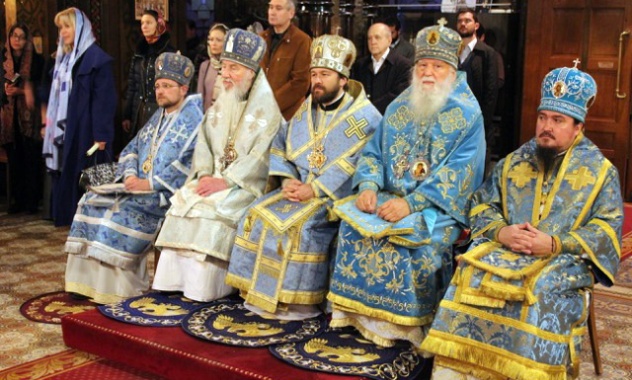 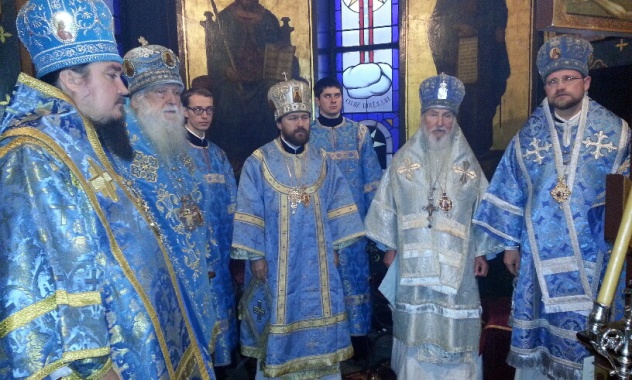 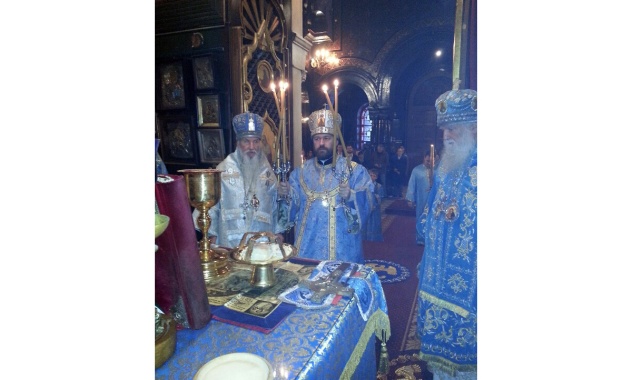 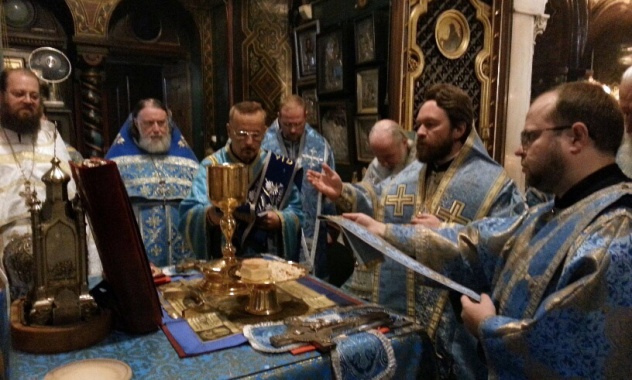 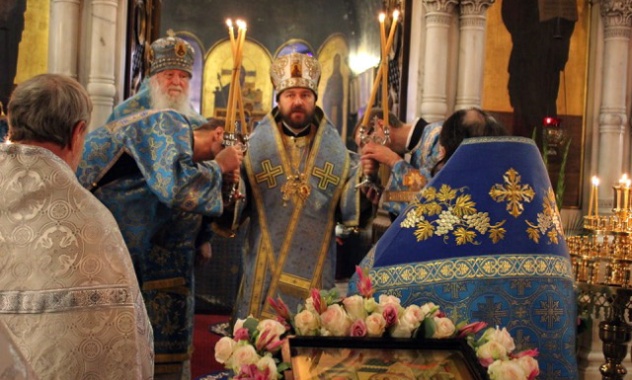 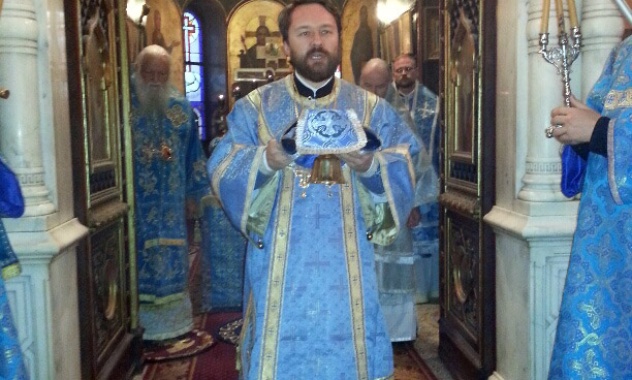 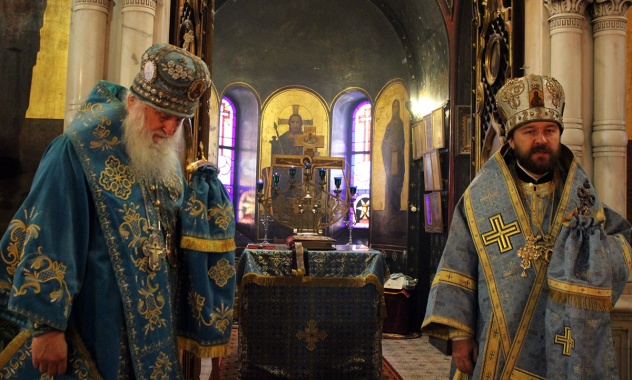 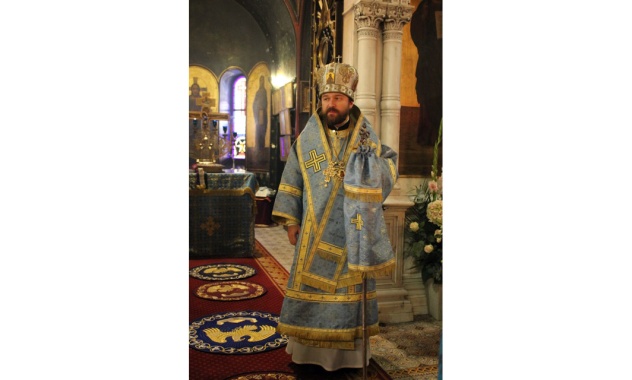 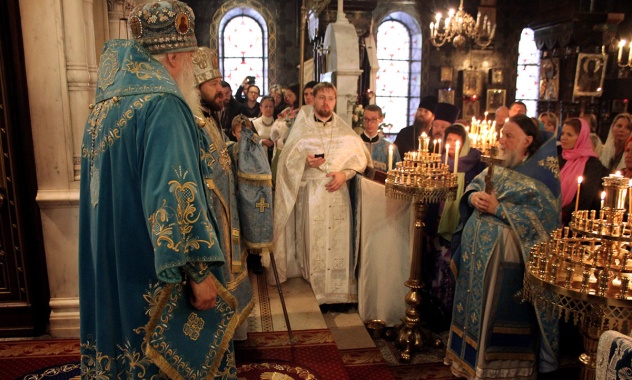 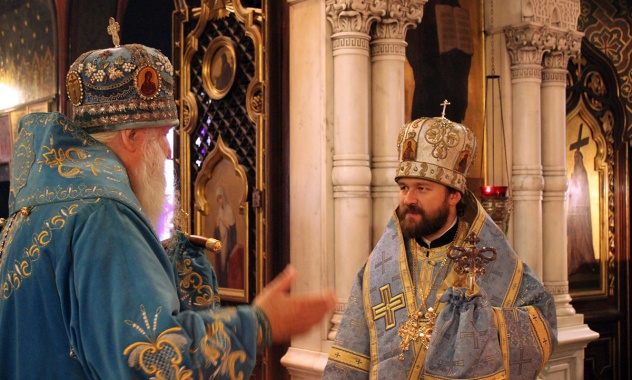 On 14 October 2015, the Feast of the Intercession of the Most Holy Theotokos, Metropolitan Hilarion of Volokolamsk, chairman of the Department for External Church Relations of the Moscow Patriarchate, celebrated the Divine Liturgy at the Church of the Elevation of the Holy Cross in Geneva, which is the cathedral church of the diocese of Western Europe of the Russian Orthodox Church Outside of Russia. The DECR chairman leads the delegation of the Russian Orthodox Church at the 5th Pan-Orthodox Pre-Council Conference which take place in Chambésy, Switzerland.

After the Litany of Fervent Supplication, a prayer for peace in Ukraine was said.

At the conclusion of the Divine Liturgy, Metropolitan Hilarion of Volokolamsk addressed Archbishop Michael and all the worshippers, saying in particular:

“It gives me a great joy to celebrate the Divine service in this holy church today, to see you, dear Vladyka, and the parishioners once again, and to share with you the celebration of the Feast of the Intercession of the Most Holy Theotokos.

“We have arrived in this city to take part in the preparation of the Pan-Orthodox Council. This work raises numerous questions and doubts among the Orthodox Christians. What kind of Council will it be? What kind of decisions will it take? What if they will change the calendar or introduce some novelties? I want to assure all of you that there won’t be any novelties: no other calendar will be adopted, and the Orthodox Church’s teaching on fasting will be confirmed. The Council’s work should be thus organized that no decision would be taken to the detriment of this or that Church. If any of the Local Orthodox Churches will not give her consent to a proposed decision, it will not be taken. All decisions at the Council will be made by consensus.

“It will not be the Eighth Ecumenical Council, as some believe. It will be a Pan-Orthodox Council. We hope that it will be held in the atmosphere of peace, accord, like-mindedness and love. The preparatory work we are doing now is to ensure peace and accord among the Churches, so that there would be no disagreements and conflicts.”

Greeting the DECR chairman, Archbishop Michael of Geneva and Western Europe (ROCOR) emphasized the importance of the 5th Pan-Orthodox Pre-Council Conference which takes place in Chambésy and wished its participants success in their work aimed at strengthening the unity of Orthodoxy.

The sessions of the Pan-Orthodox Pre-Council Conference continued that day. The delegation of the Russian Orthodox Church includes Metropolitan Hilarion of Volokolamsk, chairman of the Department for External Church Relations of the Moscow Patriarchate (head of the delegation); Archbishop Mark of Berlin, Germany and Great Britain (ROCOR); archpriest Nikolai Balashov, DECR vice-chairman; Archimandrite Irinei (Steenberg), a cleric of the ROCOR’s diocese of Western Amercia; and Rev. Anatoly Churyakov, an interpreter.