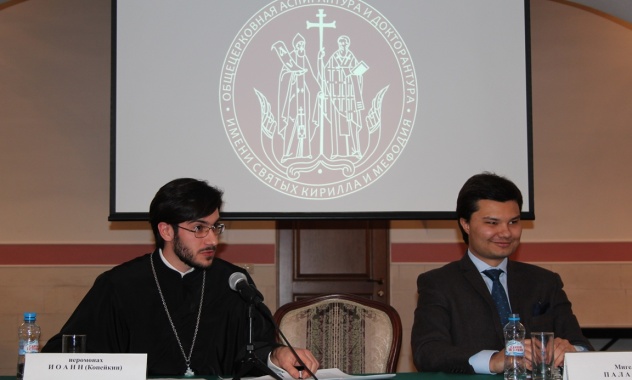 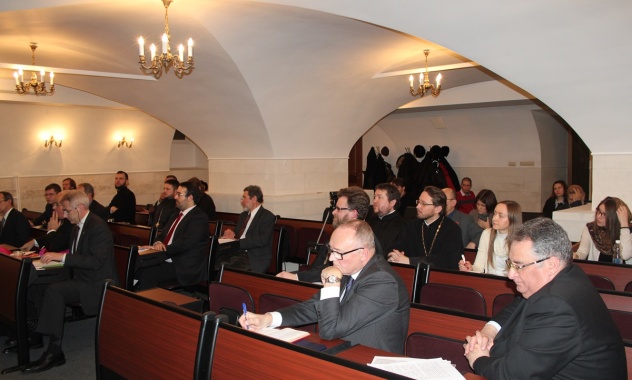 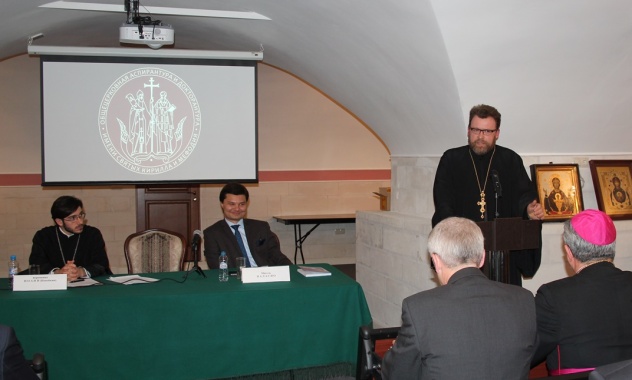 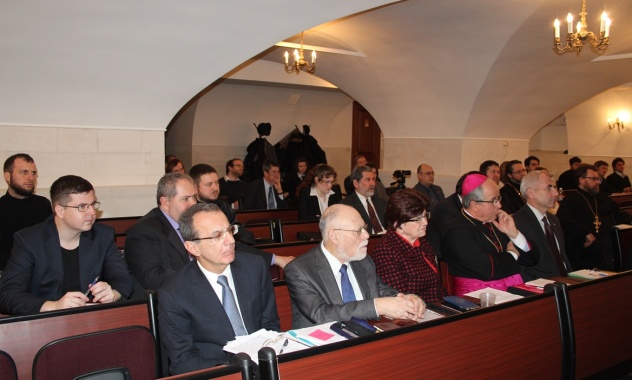 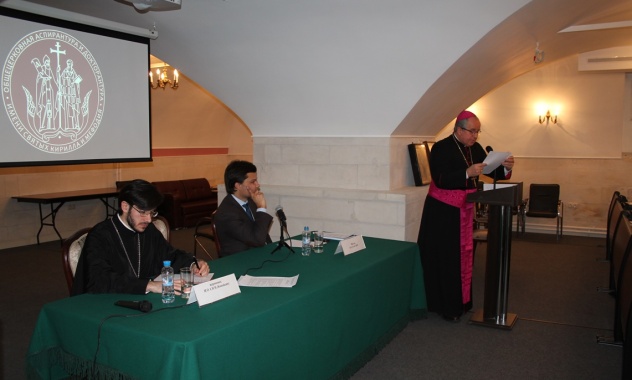 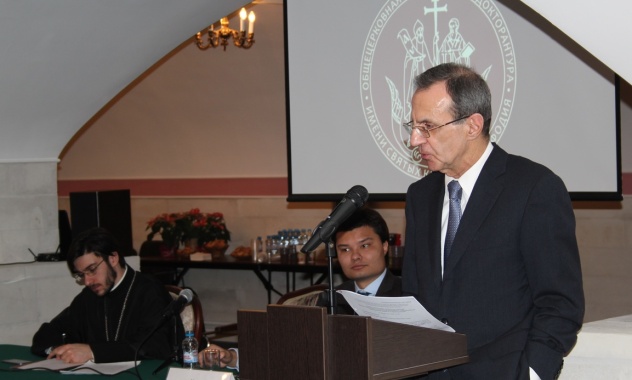 January 23, 2015 – The Ss Cyril and Methodius Institute of Post-Graduate Studies held a round table on Christian Values as Factor of International Relations Today as part of the 23d International Educational Christmas Readings. The conference was organized by the Institute’s Chair of External Church Relations.

Among the participants were Archpriest Antony Ilyin, adviser to the chairman of the Russian World Foundation and deputy dean of the National Security Department of the Russian Academy of Public Service under the President of Russia, Hieromonk Makary (Markish) chairman of the Ivanovo Metropolia’s commission for the family, motherhood and childhood, Rev. Dimitry Safonov, deputy head of the Institute’s Chair of External Church Relations, and other clergy and students of the Institute.

There were also Archbishop Ivan Jurkovic, Apostolic Nuncio in the Russian Federation, Mr. Vygaudas Ušackas, head of the EU delegation to Russia, Mr. Janos Balla, Hungary’s ambassador to Russia, and other diplomats, as well as Russian public figures and experts.

The round table was chaired by Hieromonk Ioann (Kopeikin), the Institute’s pro-rector for academic work and coordinated by Miguel Palacio, deputy head of the Institute’s Chair of External Church Relations and staff member of the Moscow Patriarchate department for external church relations.

The participants discussed such topics as relationships between Christian values and human rights, ways out of the world ethical crisis, terror acts in Paris, Christian response to modern challenges and values of the Russian world.

Mr. Vygaudas Ušackas spoke of the fundamental principles of the European Union. He emphasized that European values are based on Christianity. He recalled that since the early 90s, the European Commission developed unique dialogue in which political institutes addressed religious and beliefs communities to hear their opinion and consider it in decision-making, which is important in the terms of reference of the European Union institutions.

Hieromonk Ioann noted that in the year of the thousandth anniversary of the death of St. Vladimir, special attention in Russia is drawn to the Church. ‘We know that we have a civilization of our own, that it is part of the European civilization, but perhaps not all has been spoken and proven. We wish to understand ourselves. And in this desire Russia now turns to the Church as guardian of traditional values’, he said.

Mr. Miguel Palacio noted that the Ss Cyril and Methodius Institute is a space for dialogue in which those who represent different points of view have an opportunity to meet in dialogue on today’s burning issues disturbing Christians.

Several participants expressed the hope that the round table would become a standing platform for experts to discuss such topics as the importance and place of Christian guidelines in the development of the world community.