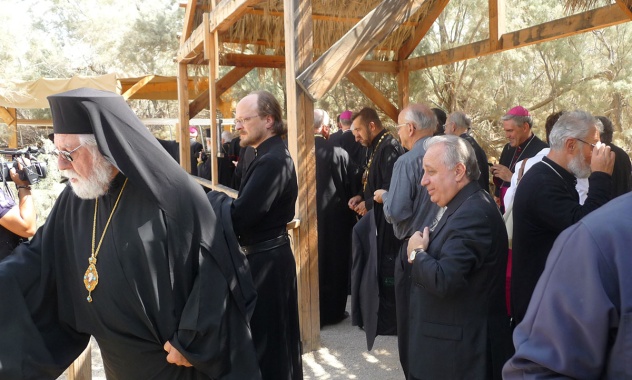 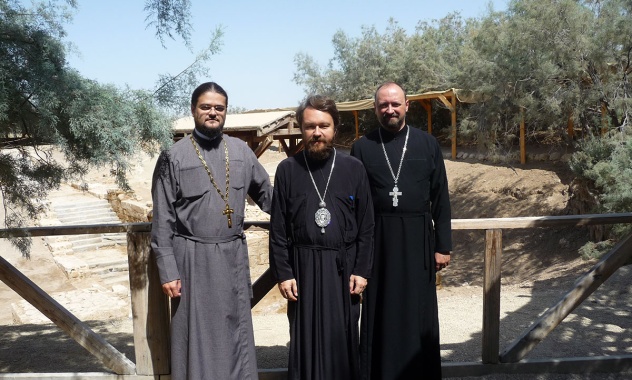 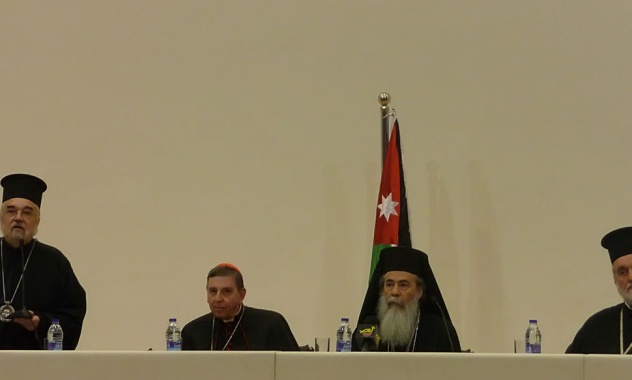 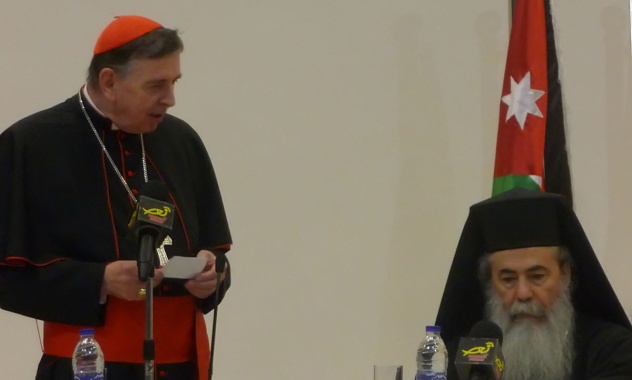 On 17 September 2014, members of the Joint Commission for Theological Dialogue between the Orthodox and the Roman Catholic Churches went together to the place of the Baptism of the Lord Jesus Christ on the Jordan River, where they prayed to God, asking Him to bless their forthcoming work. At the Centre of the Patriarchate of Jerusalem, situated in this sacred for all Christians place, His Beatitude Patriarch Theophilos III of Jerusalem and All Palestine, who is hosting this plenary session of the Joint Commission, greeted the pilgrims.

Later, an official opening of the plenary session took place at a conference-hall, not far from the place of the Baptism of the Lord Jesus Christ. Patriarch Theophilos of Jerusalem greeted all those present and wished the Joint Commission members fruitful work to achieve mutual understanding between the Orthodox and the Roman Catholic Churches. The Joint Commission co-chairmen, Kurt Cardinal Koch, President of the Pontifical Council for Promoting Christian Unity, and Metropolitan John of Pergamon (Patriarchate of Constantinople), thanked His Beatitude for the warm hospitality and emphasized a profound symbolic meaning of opening the session at the site of the Baptism of the Lord – a common source of faith and Christian life for the faithful of both Churches.

That same day, in the evening, the first meeting of the Joint Commission’s plenary session took place in Amman.