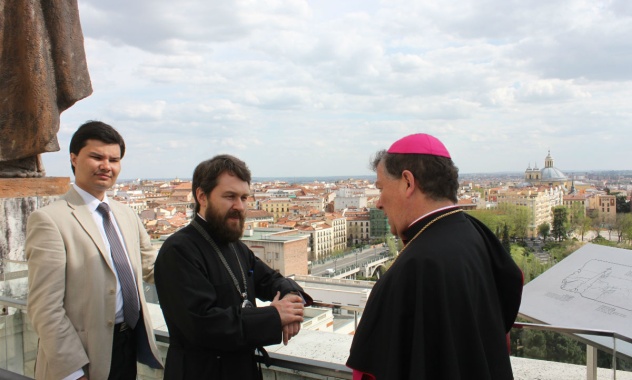 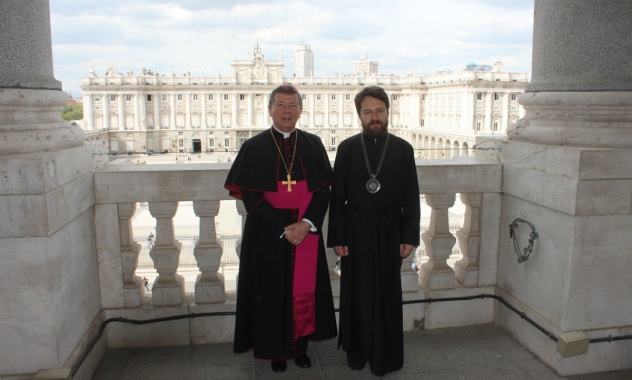 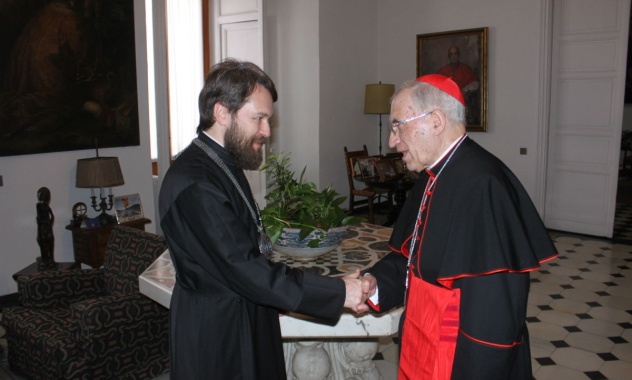 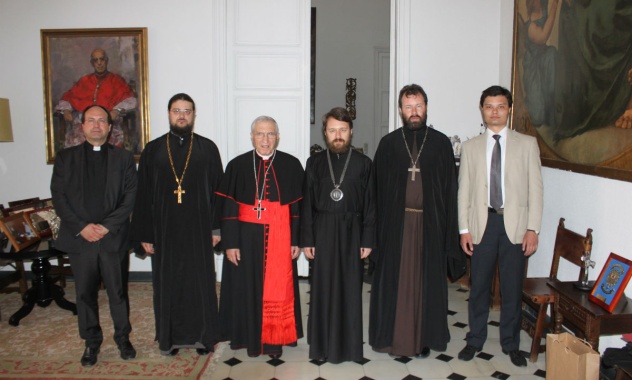 On April 14, Metropolitan Hilarion of Volokolamsk, chairman of the Moscow Patriarchate’s Department for External Church Relations (DECR), currently in Spain with the blessing of His Holiness Patriarch Kirill of Moscow and All Russia, visited the Santa Maria la Real de La Almudena Cathedral in Madrid.

He was met at the gates by Bishop Juan Antonio Martinez Camino, vicar of the Archdiocese of Madrid. He conducted an excursion of the church which houses an especially venerated Statue of the Virgin of Almudena.

Metropolitan Hilarion met with H.E. Cardinal Antonio Maria Rouco Varela, Archbishop of Madrid. They discussed topical issues of cooperation between the Moscow Patriarchate and the Roman Catholic Church in Spain. The DECR chairman noted that the cooperation has become more active in the years when Archbishop Varela chaired the Spanish Episcopal Conference. Metropolitan Hilarion underscored that the number of parishes of the Russian Orthodox Church in Spain has increased in the recent years, mentioning the parish complex with the Church of St. Mary Magdalene.

Archbishop Varela told the high guest and his suite about the persecution against the Catholic Church in Spain during the Second World War and about the beatification of over five hundred martyrs of the faith who suffered in the 1930s in Spain. A delegation of the Russian Orthodox Church attended the ceremony in Tarragona in 2013.

Opinions were exchanged on a number of topics of mutual interest.