News > The Far Abroad > Spanish version of Patriarch Kirill’s book ‘Freedom and Responsibility. In Search of Harmony’ is presented in Madrid

Spanish version of Patriarch Kirill’s book ‘Freedom and Responsibility. In Search of Harmony’ is presented in Madrid 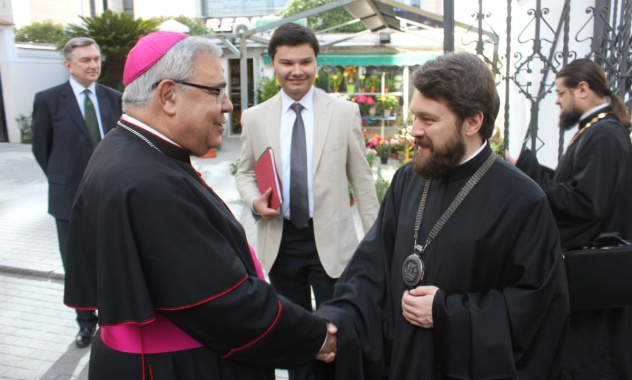 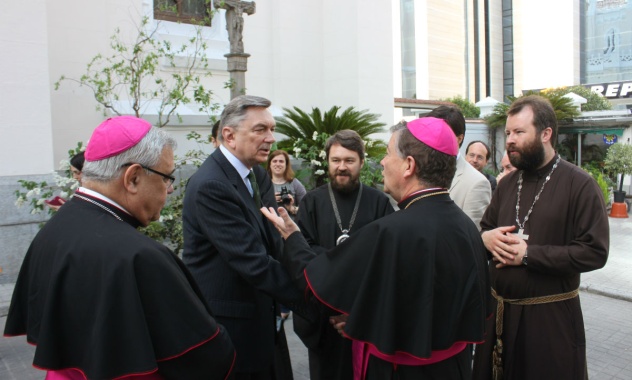 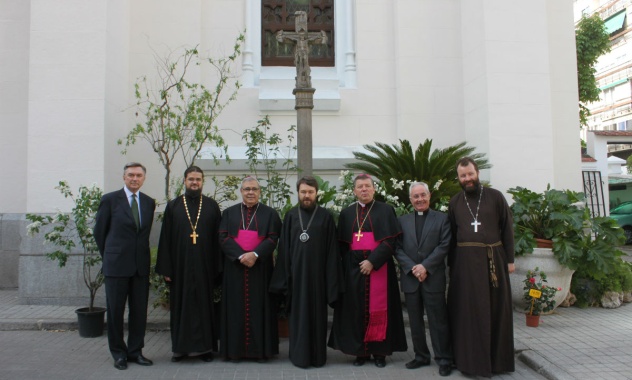 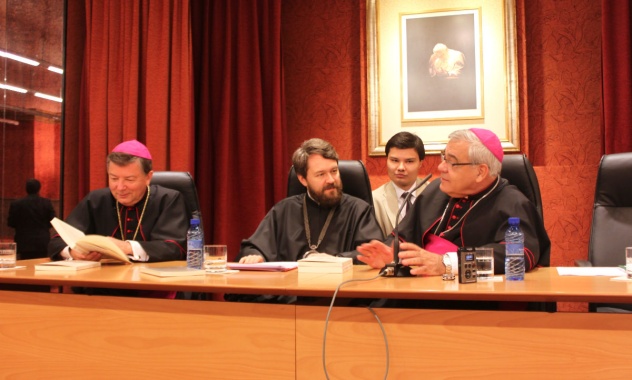 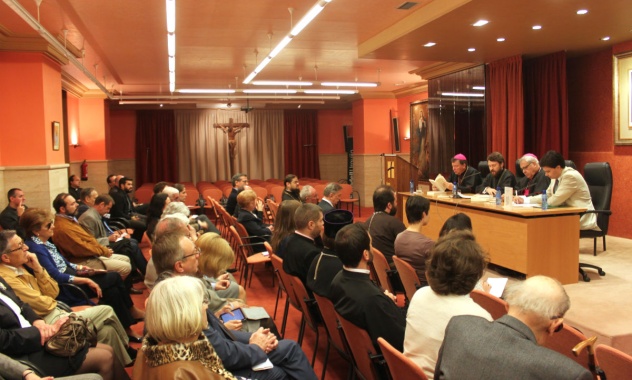 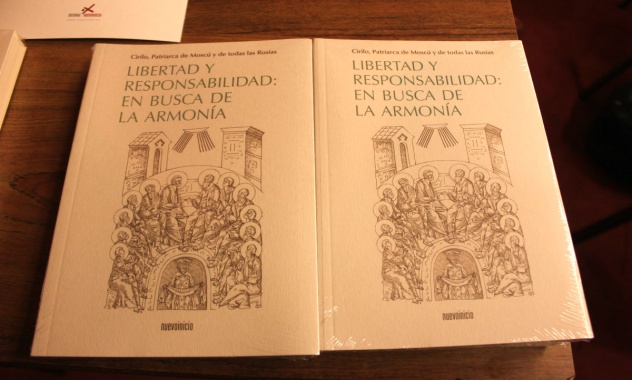 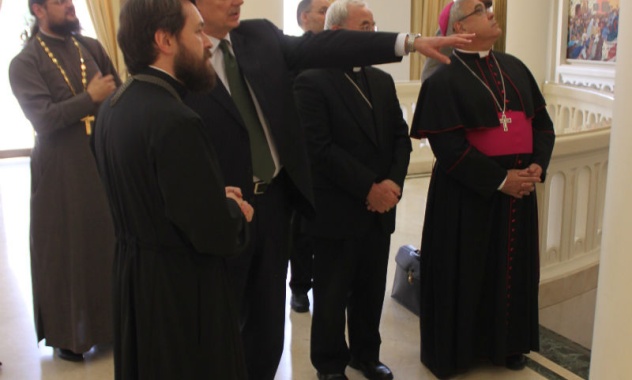 On April 14, the Spanish version of the book ‘Freedom and Responsibility. In Search of Harmony’ by the Primate of the Russian Orthodox Church was presented in Madrid by Metropolitan Hilarion of Volokolamsk, chairman of the Moscow Patriarchate’s Department for External Church Relations, who is paying a working visit to Spain with the blessing of His Holiness Patriarch Kirill of Moscow and All Russia.

Metropolitan Hilarion underscored in his address: ‘The main idea of the book running through it like a golden thread is the connection of freedom of the human person with responsibility before God, society and himself. This responsibility has an ethical nature and concerns a personal choice. The Primate of the Russian Orthodox Church presents arguments for the organization of society on a solid moral ground which is inseparable from religion for the majority. People are called to find a notion of the high value of human being in the religious tradition.’

The DECR chairman noted that both the Spaniards and the Russian are characterized by a strong religious feeling. Both nations have similar mentality and perception of the world, and therefore we hope that the Spanish readers will be interested in the presented book.

Speaking at the presentation were Archbishop Francisco Javier Martinez Fernandez of Granada and a vicar Bishop of Madrid, Juan Antonio Martinez Camino, who wrote an introduction to Patriarch Kirill’s book.

Attending the presentation were Bishop Timotheus of Spain and Portugal, Romanian Orthodox Church; Ambassador Yu. Korchagin of Russia to Spain; archpriest Andrei Kordochkin, rector of a parish of the Moscow Patriarchate in Madrid; representatives of the Spanish Episcopal Conference. Russian Embassy in Spain, the Spanish mass media, and many guests.

A reception given by the Russian Ambassador to Spain followed the presentation with attendance of the Catholic hierarchs and members of the delegation accompanying the DECR chairman.

His Holiness Patriarch Kirill’s book ‘Freedom and Responsibility. In Search of Harmony’ was published in Spanish in 2014 through the endeavours of the International Centre for the Study of the Christian Orient in Granada; the Nuevo Inicio Publishing House, and the Russian Orthodox parish of St. Mary Magdalene.