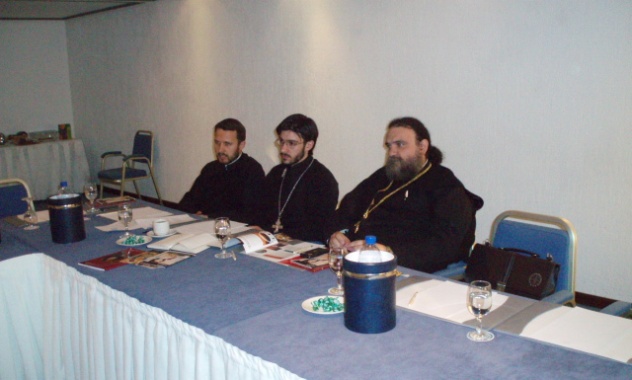 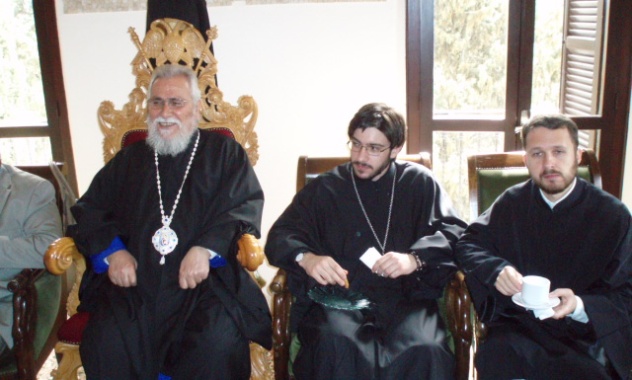 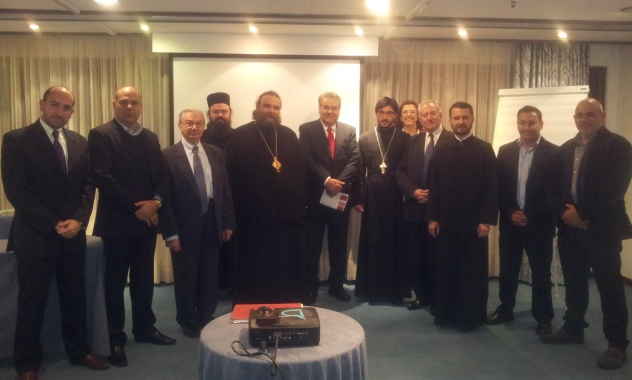 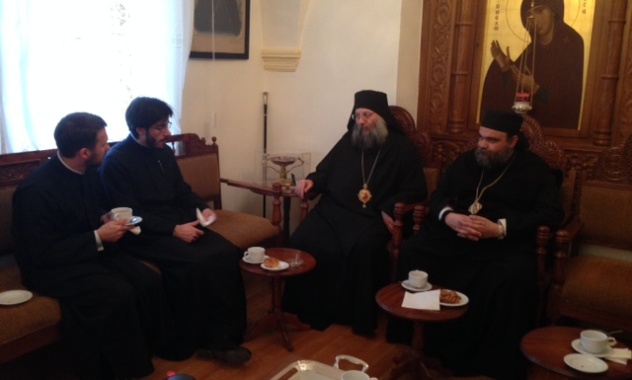 Representatives of the Moscow Patriarchate’s Student Exchange Commission visited Cyprus on 15-17 March 2014 with the blessing of Metropolitan Hilarion of Volokolamsk and at the invitation of the Neapolis University in Pafos and Metropolitan Isaiah of Tamasos and Orinis.
The delegation consisted of hieromonk Ioann (Kopeikin), assistant rector of the Ss Cyril and Methodius School of Post-Graduate Studies, and hierodeacon Grigory (Sokolov), curator of the Commission.
The talks were held in Pafos on March 15 with the leaders of the Theological Faculty, including Professors Economou and Zacharopoulos, and continued on March 16 with Professor Michael Leptos, chairman of the University, Dr. Andreas Moleskis, administration and finance director, and other officials.
Discussed at the talks was academic cooperation between the Neapolis University and the Moscow Patriarchate’s higher educational institutions. The necessity of cooperation for theological schools and for the strengthening of fraternal relations between the Russian Orthodox Church and the Orthodox Church of Cyprus and between the people of Russia and Cyprus was underscored.
On March 16, the second Sunday of Lent, the guests from the Russian Orthodox Church visited the Monastery of St. Neophytes and concelebrated with its hegumen, Bishop Leontius. On March 17, the delegation visited the Macheras Monastery and venerated one of the most revered icons of the Mother of God in Cyprus, called Macheriotissa. That same day the guests visited the Metropolis of Tamasos.