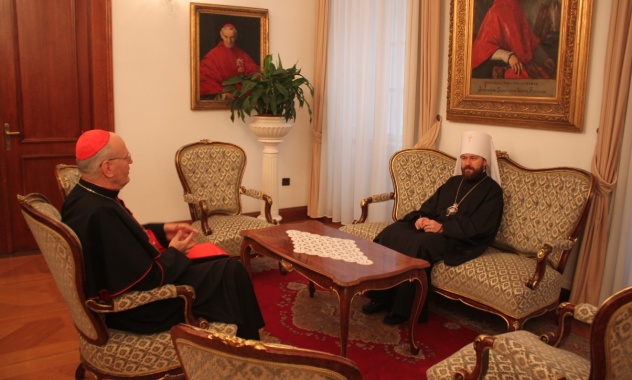 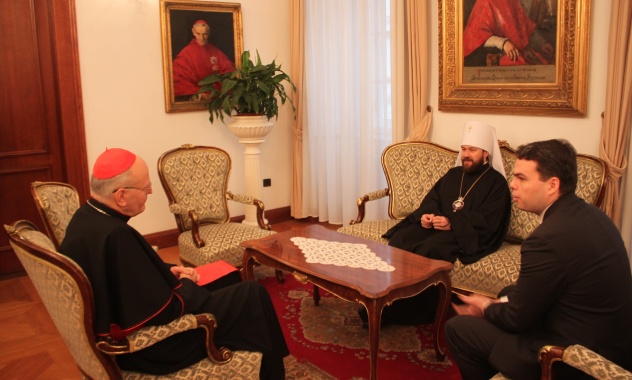 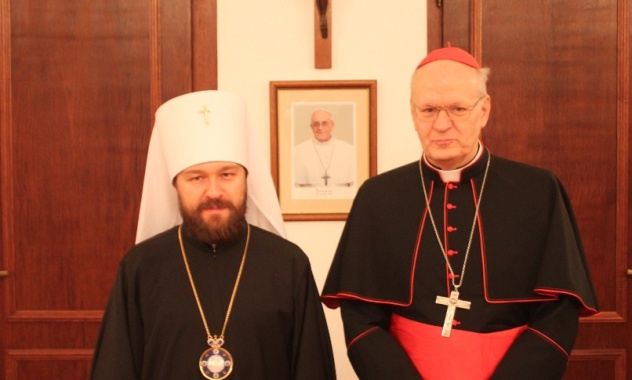 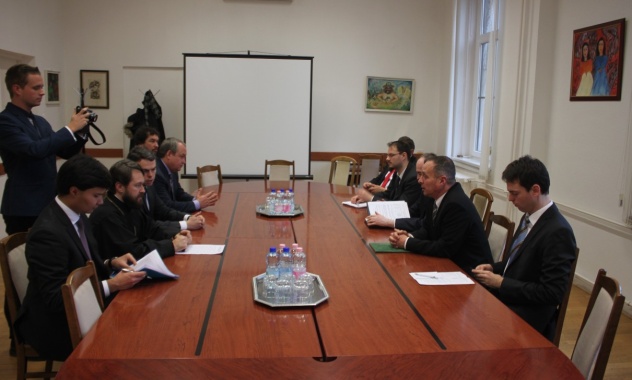 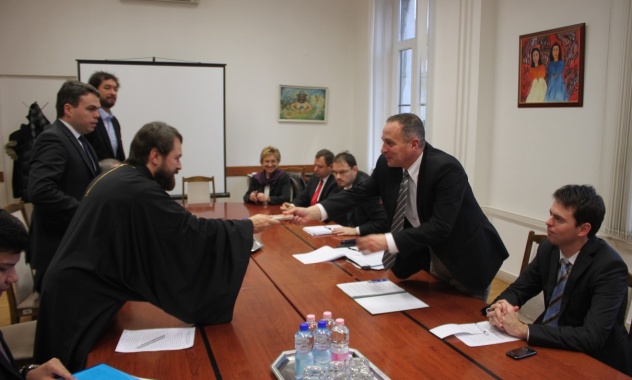 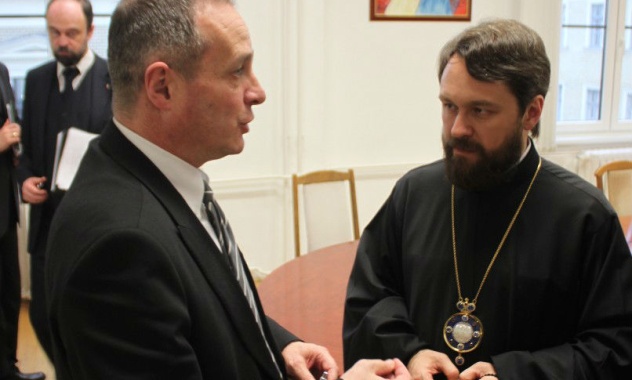 On 16th December 2013, Metropolitan Hilarion, chairman of the Moscow Patriarchate’s Department for External Church Relations, visiting Budapest with the blessing of His Holiness Patriarch Kirill of Moscow and All Russia, met with Cardinal Peter Erdö, Archbishop of Esztergom-Budapest. They discussed Orthodox-Catholic interaction and cooperation between the Russian Orthodox Church and the Roman Catholic Church in Hungary. They agreed that the upholding of the traditional understanding of the family should be a priority aspect of cooperation along with the protection of Christians persecuted in certain countries of the Middle East and North Africa. Cardinal Erdö expressed his gratitude to the Russian Orthodox Church for hospitable reception extended to the group of pilgrims from Hungary who have recently visited Russia.

That same day, Metropolitan Hilarion met with Alexander Tolkach, Ambassador Extraordinary and Plenipotentiary of Russia to Hungary. They discussed issues of cooperation between Russia and Hungary and the life of the Russian-speaking diaspora in Hungary.

Later, the DECR chairman met with György Hölvényi, Hungarian State Secretary for Church Affairs. Metropolitan Hilarion noted the high level of cooperation between the Moscow Patriarchate and Hungary. Mr. Hölvényi told Metropolitan Hilarion about Church-State relations in Hungary and noted an important part played by the Church in public life.

Metropolitan Hilarion returned to Moscow in the evening of December 16.