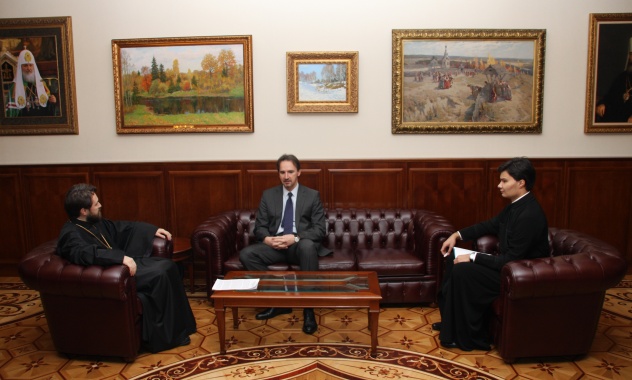 On 6th December 2013, Metropolitan Hilarion of Volokolamsk, chairman of the Moscow Patriarchate’s Department for External Church Relations, met with H.E. Igor Pokaz, Ambassador Extraordinary and Plenipotentiary of the Republic of Croatia to the Russian Federation.

Metropolitan Hilarion said that he had warm recollections of his visit to Croatia last August. He expressed his satisfaction with the results of the referendum held recently in Croatia as the majority spoke against the equation of same-sex unions with traditional marriages.

Ambassador Pokaz thanked Metropolitan Hilarion for the meeting and conveyed to him greetings from Ivo Josipović, President of the Republic of Croatia. He added that he feels at home in Russia and described the current situation with the church-state relations in the Republic.