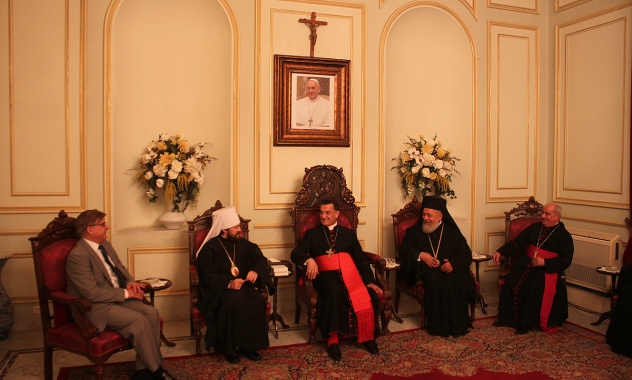 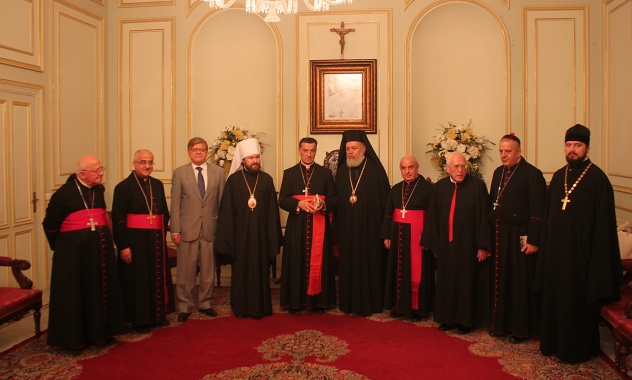 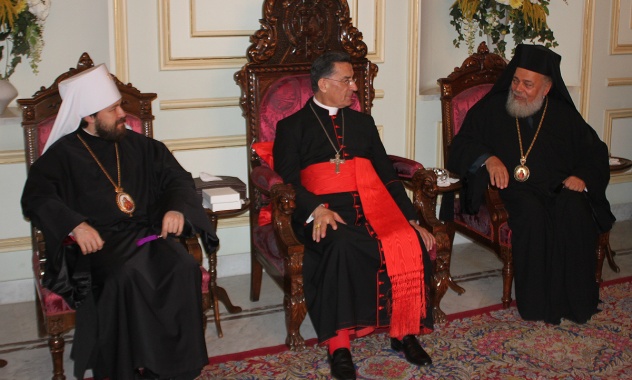 On 10 November 2013, Metropolitan Hilarion of Volokolamsk, chairman of the Moscow Patriarchate’s Department for External Church Relations (DECR), who visited Lebanon in connection with the celebration of the 25th anniversary of consecration of Archbishop Nifon of Philippopolis, representative of the Patriarch of Antioch and all the East to the Patriarch of Moscow and All Russia, met with the Patriarch of the Maronite Church, Cardinal Bechara Boutros al-Raï, at his residence near Beirut.

They were joined in the meeting by Archbishop Nifon; Ambassador Extraordinary and Plenipotentiary of the Russian Federation to the Lebanese Republic, Alexander Zasypkin; archpriest Igor Yakimchuk, DECR secretary for inter-Orthodox relations; and deacon Alexander Karzan, assistant to the DECR chairman.

The participants exchanged opinions on the situation in the Middle East region and expressed their common concern about the ongoing military confrontation in Syria that affects thousands of civilians, Christians in particular. They noted the importance of humanitarian aid to the suffering people at their permanent place of residence in order to prevent their emigration.

Metropolitan Hilarion underscored that the Russian Orthodox Church would continue her efforts aimed at the preservation of Christian presence in the lands where Christianity came into being over two thousand years ago and where Christian have lived in peace and accord with representatives of other religions for centuries.