Metropolitan Hilarion of Volokolamsk meets with Swiss Ambassador to Russia 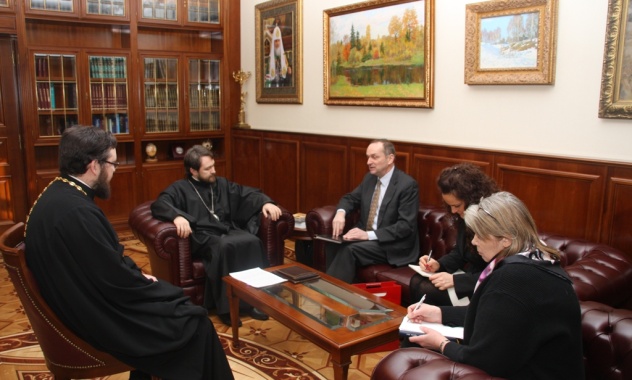 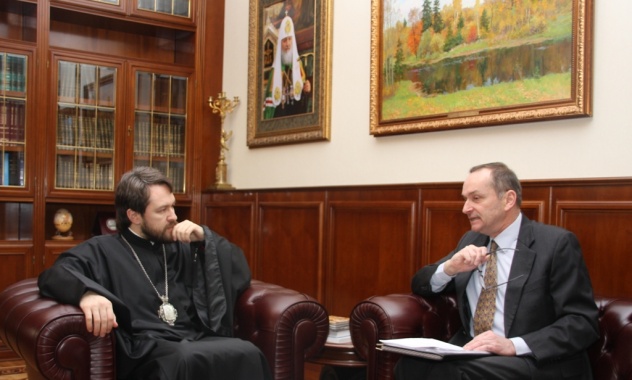 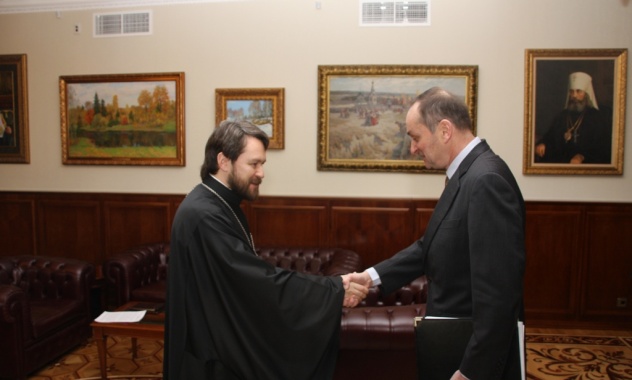 On 14 February 2013, Metropolitan Hilarion of Volokolamsk, chairman of the Moscow Patriarchate’s Department for External Church Relations (DECR) met with H. E. Pierre Hegl, Ambassador Extraordinary and Plenipotentiary of Switzerland to the Russian Federation. The meeting took place at the DECR premises.

Ambassador Hegl thanked Metropolitan Hilarion for the opportunity to meet with him as with a top level representative of the Church. The DECR chairman answered questions of the guest and told him about main stages of the Russian Orthodox Church’s history in the 20th century; the present of the Moscow Patriarchate in the countries in its canonical territory and beyond it; the place of the Church in the life of Russian society; and the presence of Russian Orthodoxy in Switzerland, noting that 2016 will mark its 200th anniversary.

Metropolitan Hilarion also told the guest about cooperation between the Ss Cyril and Methodius School for Postgraduate and Doctoral Studies and the University of Fribourg.