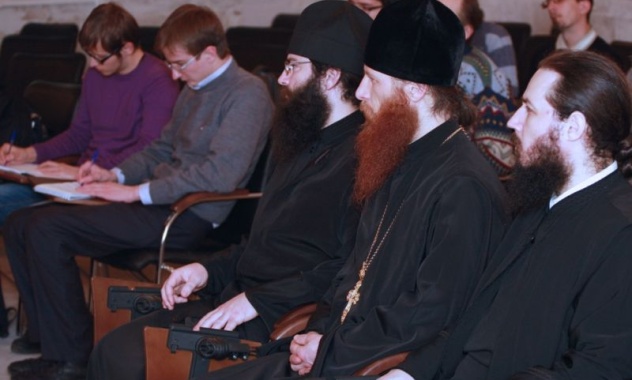 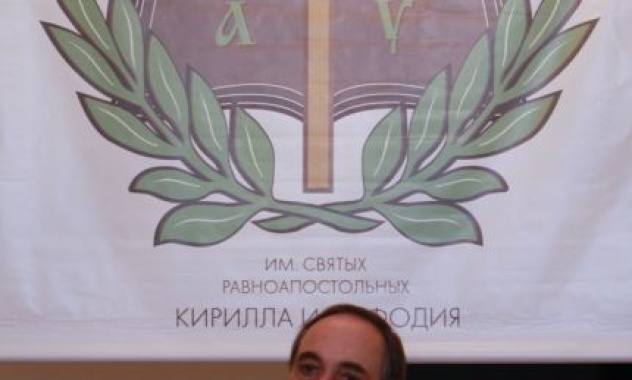 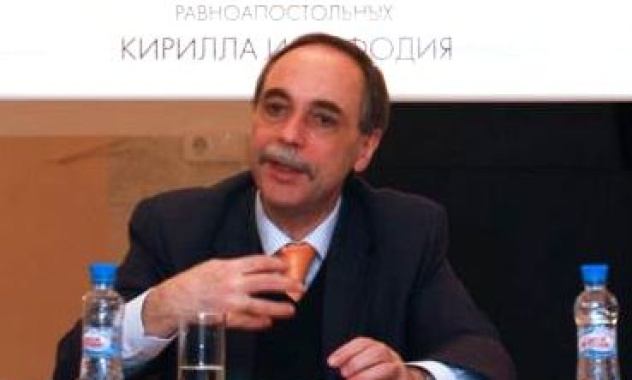 December 21, 2012 – Bulgarian Ambassador to Russia Mr. Boyko Kotsev met with post-graduate students of the Sts Cyril and Methodius Post-Graduate and Doctoral School. The meeting was held with the blessing of the School’s rector, Metropolitan Hilarion of Volokolamsk. Among the participants was also the Moscow Representative of the Bulgarian Orthodox Church, Archimandrite Feoktist (Dimitrov).

The ambassador began the meeting with a lecture on the Russian-Bulgarian religious and cultural relations in the past and the present. He gave special attention to the historical unity of the Orthodox Slavic nations and the need to preserve the common heritage of Sts Cyril and Methodius. Speaking about the religious and cultural exchange between the Russian and Bulgarian nations in our time, he enumerated not only the recent events, which took place during the Days of Bulgarian Culture in Russia but also the forthcoming joint Russian-Bulgarian celebrations to be held on the occasion of the 1150th anniversary of the Slavonic alphabet in 2013.

The lecture was followed by a talk. Among the topic discussed was the role of Orthodox education in the secondary and higher school in the two countries. The ambassador noted that the training of Bulgarian clergy in the Church Post-Graduate School contributed to the strengthening of the Russian-Bulgarian spiritual ties and expressed the readiness to continue supporting and developing this practice.

Students heard with interest Mr. Kotsev’s view of the present discussion around the Christian Europe’s religious and moral heritage, since before his appointment as ambassador to Russia he was Bulgaria’s representative to the European Union.

In conclusion of the meeting, Mr. Kotsev thanked the School’s administration for the invitation to meet with its students and wished post-graduate students further success in their studies, the Post-Graduate School’s website reports.