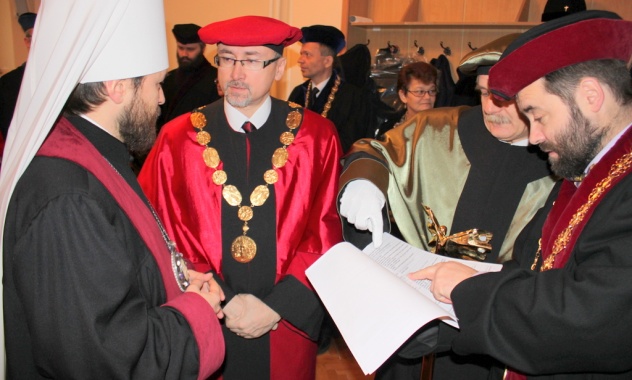 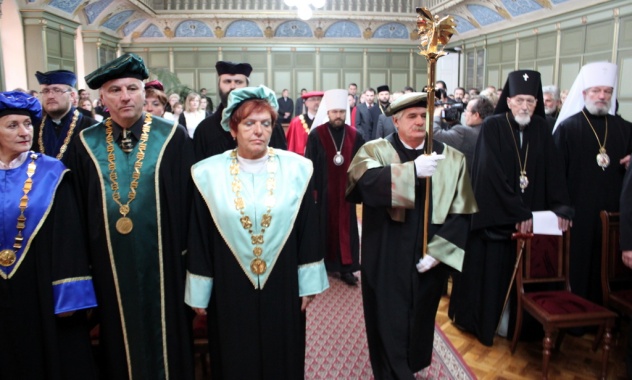 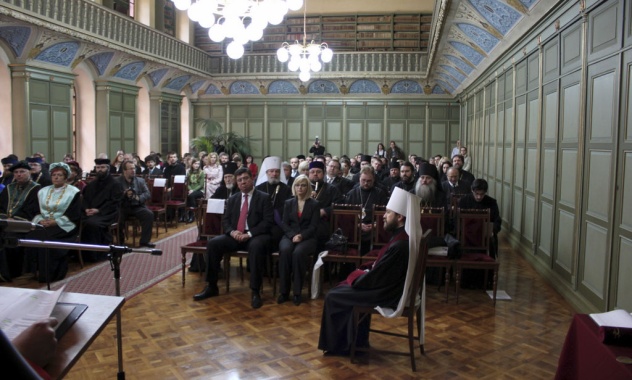 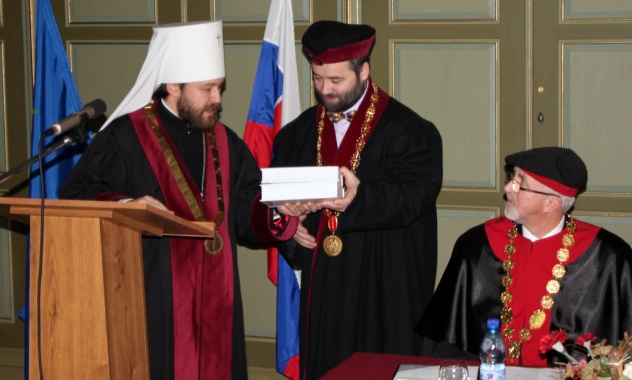 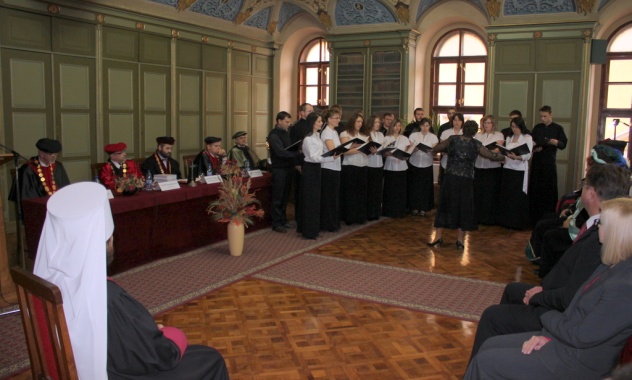 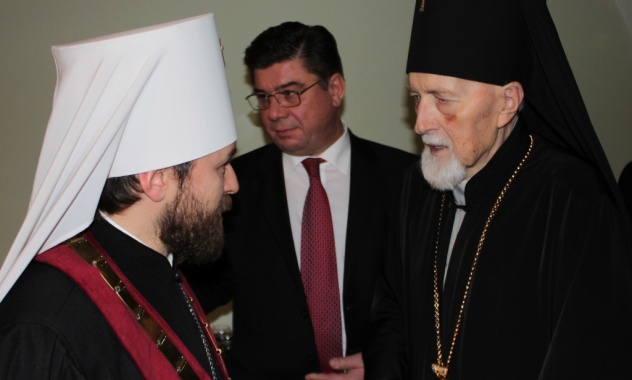 On 7 December 2011, Metropolitan Hilarion of Volokolamsk visited the University of Prešov. He was met by the Rector, Professor René Matlovič, and by the Dean of the Faculty of Orthodox Theology, archpriest Ioann Shafin.

The Academic Board of the University of Prešov granted the degree of doctor of theology honoris causa to Metropolitan Hilarion. A grand meeting was held at the assembly hall to celebrate the event. It was attended by the rector and professors of the University, as well as guests of honour, including His Beatitude Metropolitan Christopher of the Czech Lands and Slovakia Archbishop John of Prešov, Archbishop George of Michalovce and Košice, Bishop Paisiy of Gorlica (Polish Orthodox Church), many representatives of the Orthodox Church of the Czech Lands and Slovakia, and Ambassador Extraordinary and Plenipotentiary of the Russian Federation to Slovakia P. Kuznetsov.

The Rector described the life of Metropolitan Hilarion, and the dean of the Faculty of Orthodox Theology told the audience about his contribution to the development of contemporary theological scholarship.

After receiving diploma and insignia of the doctor of theology, Metropolitan Hilarion delivered a report on “Christian response to the challenge of totalitarian relativism.” His Eminence presented the University’s library with his book “Orthodoxy” in two volumes, and the dean Ioann Shafin – with cross with decorations.

In conclusion of the ceremony the choir of the Faculty of Orthodox Theology sang hymns in the Church Slavonic language.

That same day in the evening, His Beatitude Metropolitan Christopher of the Czech Lands and Slovakia and His Eminence Metropolitan Hilarion left Prešov for Prague.