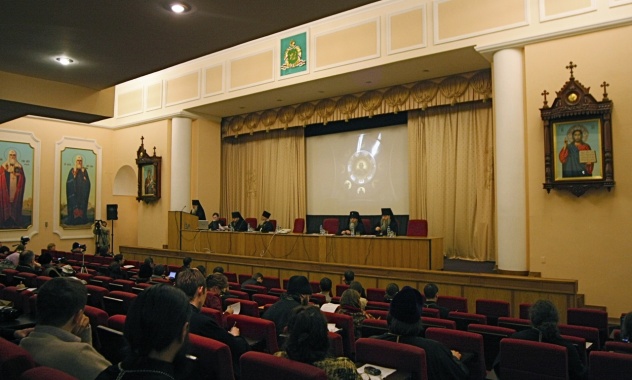 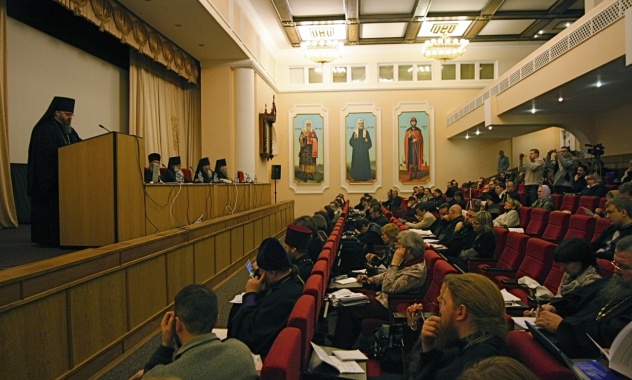 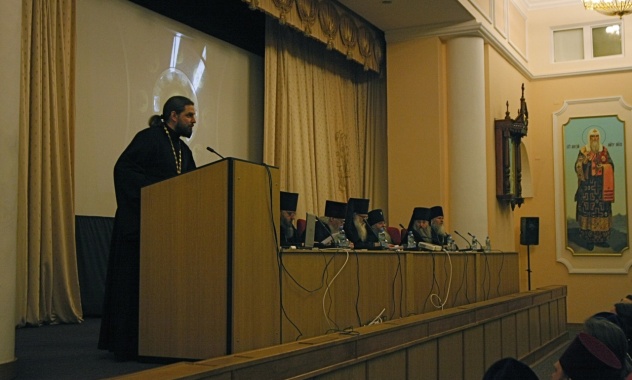 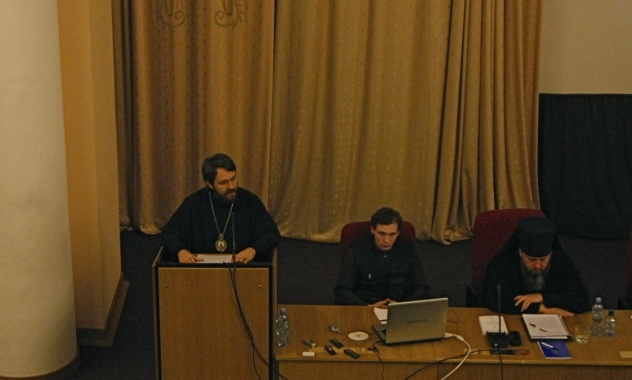 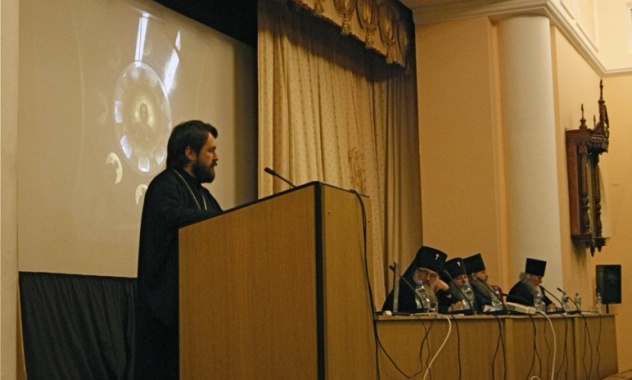 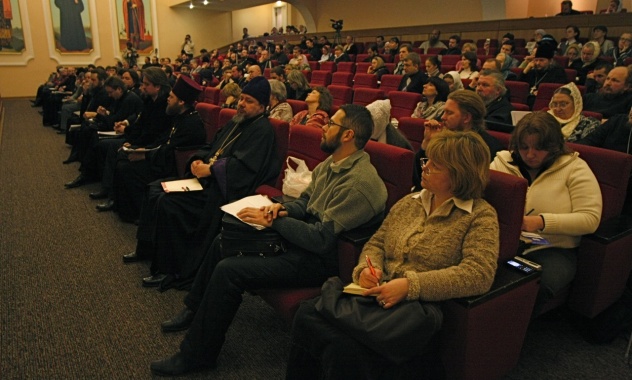 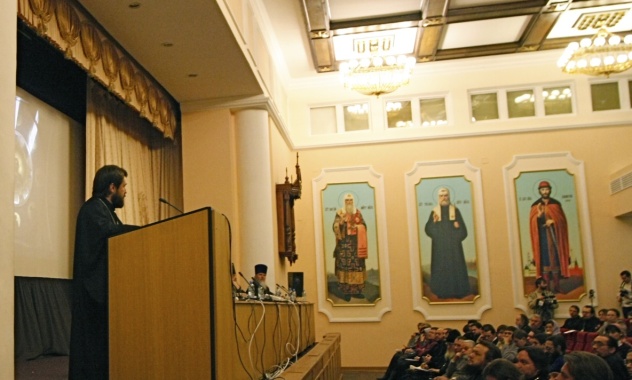 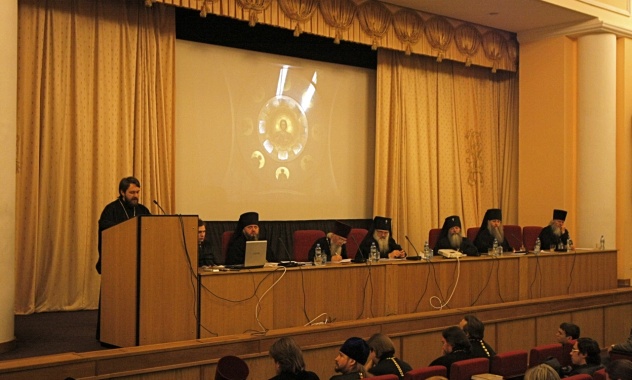 On 27 January 2010, a section of the Christmas Educational Readings met in session at the conference hall of “Danilovskaya” hotel complex. The topic of the meeting was “Catechetic activities of the Russian Orthodox Church at present.”

Taking part in the meeting, chaired by Archbishop Vikenty of Yekaterinburg and Verkhoturje, were Archbishop Hilarion of Volokolamsk, chairman of the Moscow Patriarchate department for external church relations and rector of the Ss Cyril and Methodius General Post-Graduate and Doctoral Programme of the Russian Orthodox Church; Archbishop Konstantin of Kurgan and Shadrinsk; Bishop Longin of Saratov and Volsk; Bishop Aristarkh of Kemerovo and Kuznetsk; clergymen, catechists, teachers, cultural figures, and men of science from various regions of Russia and from abroad.

“Up to now, the Russian Church has had no modern catechism of official status, which could have been the fruit of conciliar discussion and be given to people as a handbook on the doctrine, moral theology, and other aspects of the teaching of the Church,” Archbishop Hilarion said.

The Orthodox teaching in a new catechism will not be presented as questions and answers as it seems more rational to set out every topic methodically and consistently in this volume, the DECR chairman explained.

The working group includes twenty-three leading theologians, church historians and canonists of the Russian Orthodox Church. Other specialists and experts in various fields of knowledge will be involved to write topic parts.

The head of the working group said that the subject matter of the catechism was divided into four large parts at the preliminary stage.

The first part will be dedicated to theological and dogmatic themes, and to the fundamental doctrine of the Russian Orthodox Church.

The second part will expound the teaching about the Church; the order of church life; the Church feasts, the daily, weekly and yearly liturgical cycles; the Divine Liturgy and other divine services; and the Sacraments and religious rites of the Orthodox Church.

The third part will deal with personal and family morals, and also with asceticism; for instance, with fasts and prayerful life of Christians.

Finally, the last part named “The Church and the Modern World” at the preliminary stage of work will expound the social teaching of the Church and offer answers to the present topical problems.  The third and fourth parts may be combined.

Four working groups were set up to work at these parts: each of which will prepare texts on relevant topics.

Archbishop Hilarion of Volokolamsk, chairman of the Moscow Patriarchate department for external church relations noted that they may prepare two versions of the catechism, an extensive and concise ones, and added: “The main part of our work will include preparation of the extensive catechism. We will keep up with the substantial, thorough, and consistent elaboration of each topic rather than with its volume. However, if we find out that an extensive version is beyond the power of an ordinary Christian, not to mention a catechumen, we will prepare a concise version of the catechism based on the extensive one.”

Archbishop Hilarion believes that the work for compiling the modern catechism of the Russian Orthodox Church may take several years. Thereupon the document will be submitted for consideration to the Synodal Biblical and Theological Commission which will present it to the Holy Synod. Finally, the catechism will be considered by the Bishops’ Council.