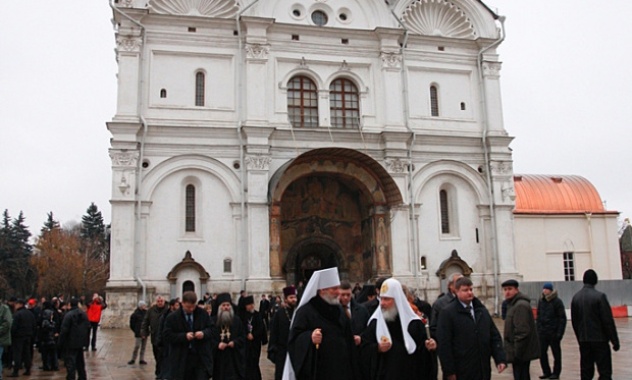 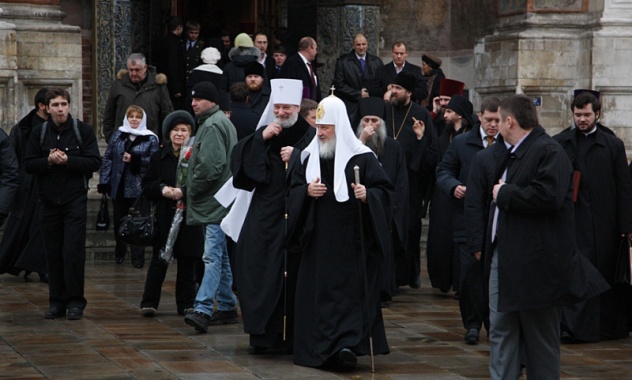 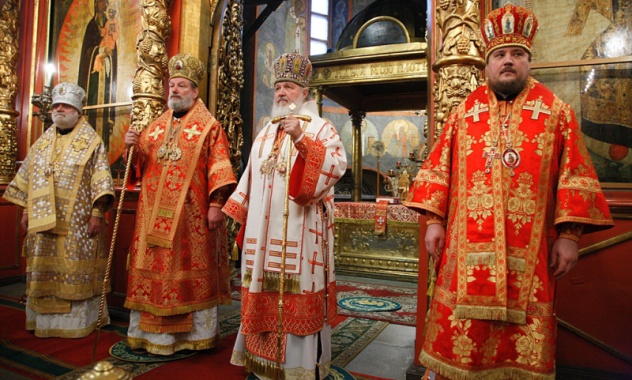 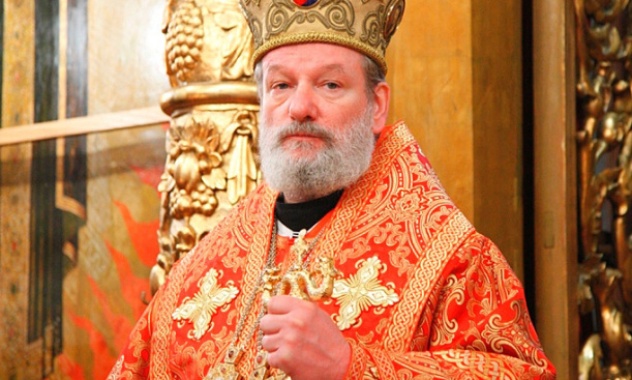 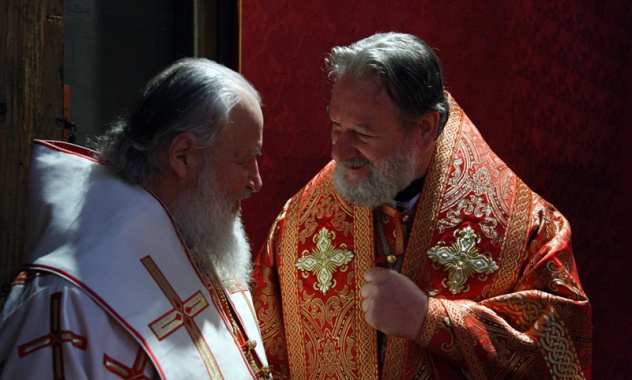 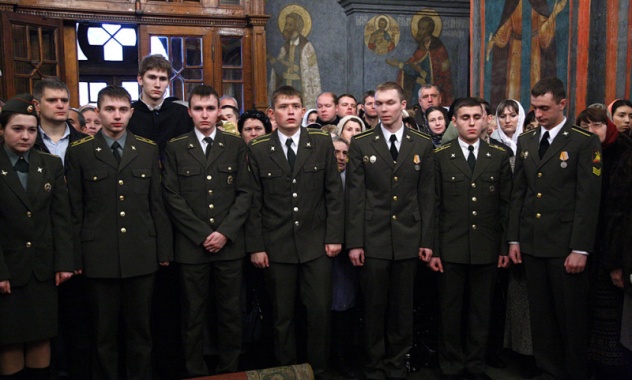 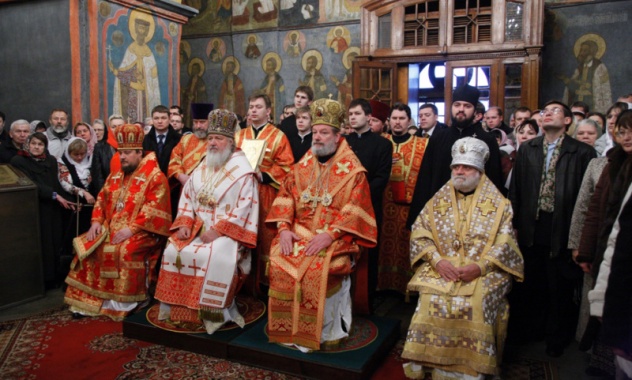 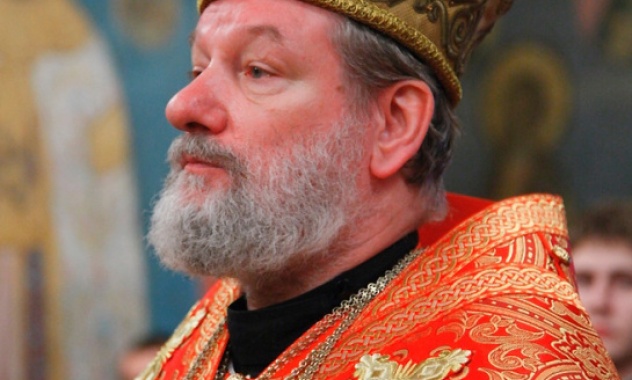 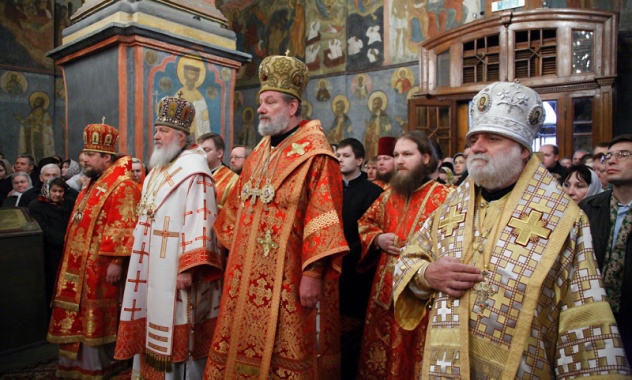 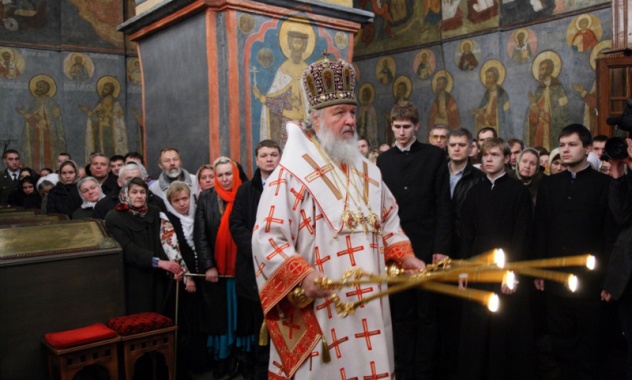 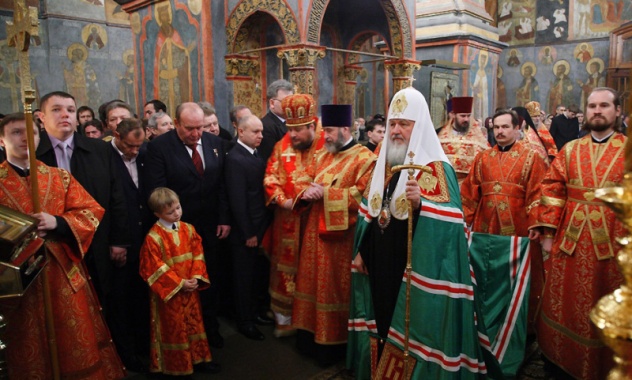 On November 21, 2009, the Day of the Synaxis of the Archangel Michael and Other Heavenly Hosts, His Holiness Patriarch Kirill of Moscow and All Russia and His Beatitude Metropolitan of the Czech Lands and Slovakia celebrated the Divine Liturgy at the Kremlin Church of the Archangel Michael. They were assisted by a great assembly of bishops and priests.

During the liturgy a prayer was lifted up for the late Father Daniel Sysoev.

In his sermon devoted to the Archangel Michael and Heavenly Hosts, His Holiness Kirill stressed that ‘in our prayer to them we seek help in our hard struggle with numerous temptations hurled on us by the dark diabolical force. We believe that the angels of God who stand before Him in heaven support us in our weak but real struggle with evil and untruth’.

Addressing Metropolitan Christopher, he said, ‘From my heart I wish you God’s help in the spiritual support you give to your flock a considerable part of which consists of Russians, Ukrainians and Byelorussians who reside in Czechia and Slovakia today but belong to the Russian Orthodox Church. As long as they live there, they are your children, and we ask you to extend your love, your beautiful thoughts and your firm faith to our flock, too’.

His Holiness Kirill also greeted the professor and students of the Faculty of Orthodoxy Culture at Peter the Great’s Military Academy of Strategic Missile Forces who came to the church today.

Later today, His Beatitude Christopher said a litany at the grave of His Holiness Patriarch Alexy II at the Cathedral of the Epiphany in Moscow.