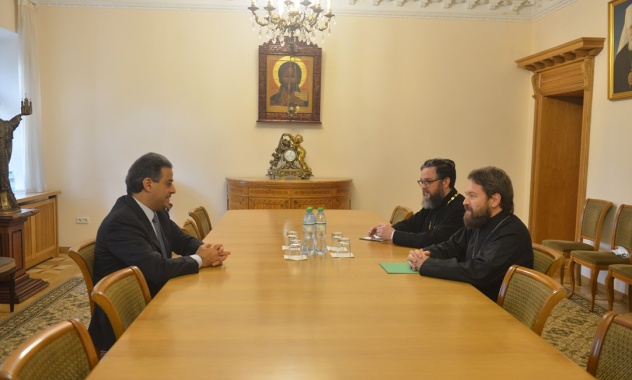 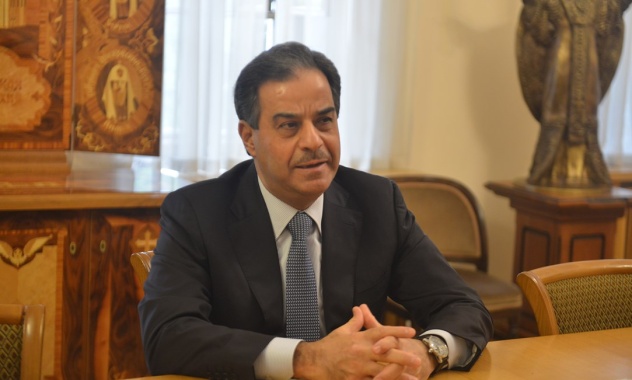 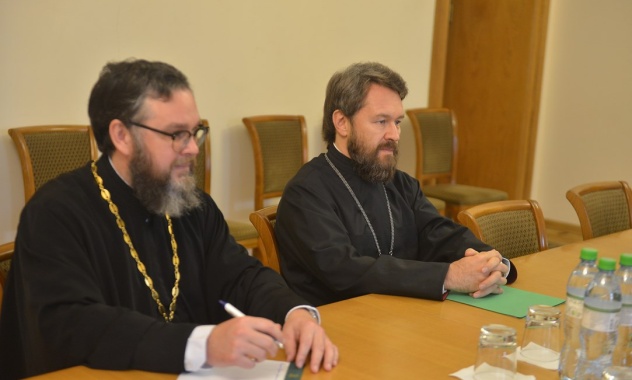 In October 13, 2020, there was a talk between Chairman of the Moscow Patriarchate Department for External Church Relations (DECR) Metropolitan Hilarion of Volokolamsk and Extraordinary and Plenipotentiary Ambassador of the Republic of Lebanon to the Russian Federation Mr. Bou Nassar. Present at the meeting was Archpriest Sergiy Zvonarev, DECR secretary for the affairs of far-abroad countries.

They discussed challenges and problems faced by the Middle Eastern peoples today. The ambassador shared his account of the religious situation in the Lebanese society. There was an exchange of opinions about the ways of preserving interreligious balances in Lebanon.

The DECR chairman also informed the ambassador about the humanitarian projects of the Russian Church, including those aimed at giving assistance to the Patriarchate of Antioch whose churches have been damaged by the recent explosion at the seaport in Beirut.

In conclusion of the talk the sides exchanged tokens of the meeting.