News > DECR Chairman > interview > Metropolitan Hilarion of Volokolamsk: It was a talk from heart to heart

Metropolitan Hilarion of Volokolamsk: It was a talk from heart to heart 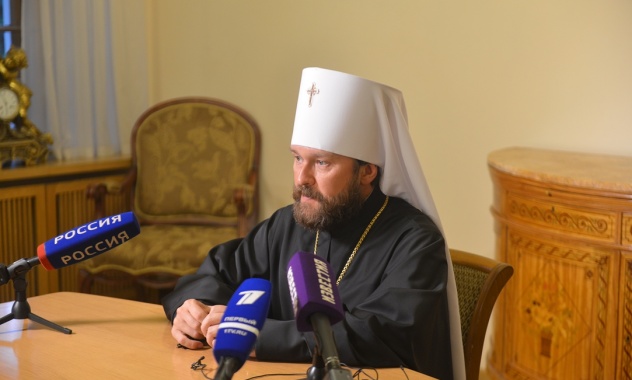 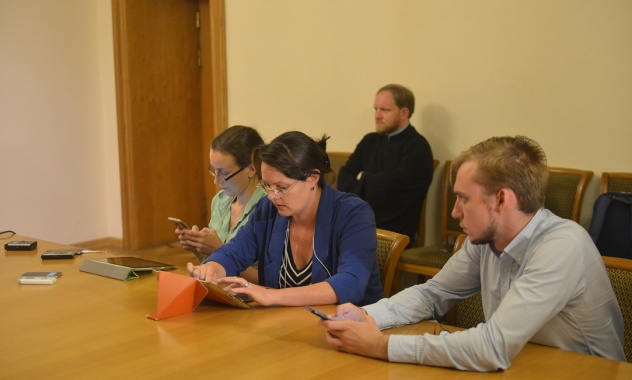 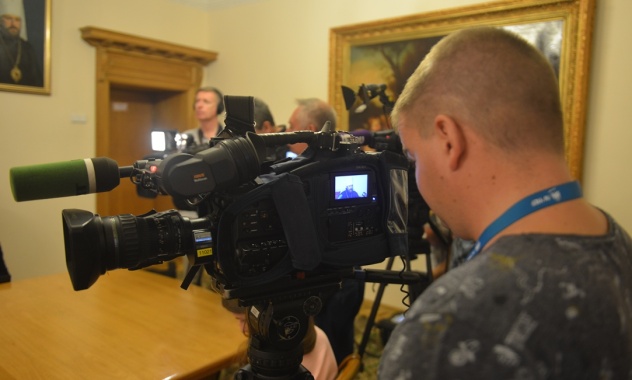 August 31, 2018 – During a meeting with journalists, which took place at the Department for External Church Relations of the Moscow Patriarchate, the DECR chairman Metropolitan Hilarion of Volokolamsk told them about the meeting of the primates of the Church of Constantinople and the Russian Orthodox Church. The meeting has taken place today at the building of the Patriarchate of Constantinople in the Phanar quarter in Istanbul.

‘The talk lasted in total about two and a half hours. It was very frank, very cordial; it really was a talk from heart to heart’, the DECR chairman stressed.

His Eminence reminded the journalists that Patriarch Bartholomew and Patriarch Kirill met in 1977 and they have a very long and rich history of personal relationships; as far back as before their election to the Patriarchal ministry, they worked much together for achieving a consensus on very diverse topics on the pan-Orthodox agenda.

‘This meeting was important first of all for the strengthening of personal relationships between the two patriarchs and, of course, for strengthening bilateral relations between our two Churches’ the archpastor said, ‘the interlocutors touched upon a wide range of issues including those on the agenda of the bilateral relations, as well as problems of pan-Orthodox unity. The talk, which began in a very sincere atmosphere, ended on a very friendly note, and the patriarchs exchanged gifts’. Metropolitan Hilarion expressed hope that the meeting would become another important event in the already ages-long history of bilateral relations between the two Churches.

After these remarks, the DECR chairman answered questions from mass media reporters.

– Your Eminence, did the patriarchs discuss the church situation in Ukraine? And what conclusions have the primates of the two Churches come to?

–  I do not think I should and have a right to disclose now the content of the talk of the two patriarchs, since if they had wished that this talk should have an open format, they would have done it before the press. It did not happen; it was a private talk but it was a fraternal talk.

Of course, some mass media outlets, especially in Ukraine, are very excited; they have begun publishing some information about the meeting. Nevertheless, I think that we will comment on its content only in the case the content of the talk between the two primates begins to be commented on by officials of the Patriarchate of Constantinople. There are two such officials: Patriarch Bartholomew and Metropolitan Emmanuel, who was present at the talk. If any other person starts commenting too, it will most probably be mere conjecture. Probably, some will want to indulge in wishful thinking but I believe we should take a very responsible approach to meetings of this kind and protect our inter-church relations as much as possible against any ungrounded speculations.

–  Judging by reports of the Greek mass media, Metropolitan Emmanuel has still commented on the meeting of the primates of the Church of Constantinople and the Russian Orthodox Church. He said that Patriarch Kirill was told about the situation concerning autocephaly in Ukraine. Was it really a comment made by the Constantinople side; does the cited statement correspond to reality?

–  I would like to draw your attention to Metropolitan Emmanuel’s statement that has been voiced in the Greek mass media today. He said that Patriarch Kirill was told about the situation concerning autocephaly in Ukraine. It pointed out that the Patriarchate of Constantinople would not seek to heal the existing schism by creating another schism. I think it is a very sober-minded position.

Certainly, both the Church of Constantinople and the Russian Orthodox Church have their own stands on various issues. We have never concealed our stand. That is, there is nothing fundamentally new that we could say to each other. But it is very important that this meeting has given an opportunity to exchange information, so to say, to synchronize watches. Indeed, very often one side receives its own information while the other side is in possession of a different information, and meetings of this kid provide an opportunity for expressing different points of view on the same issue and to come immediately or consequently to a certain common denominator.

Today we have often heard the question of whether any decisions have been made at this meeting. I would like to point out that the two patriarchs could not just meet and make some decisions for their Churches because each Orthodox Church is governed by a Council. A Church is headed by a Bishops’ Council, and in an inter-council period a Church is governed by a Holy Synod. Each patriarch, in representing his Church, speaks on her behalf but decisions are made not in behind-the scenes format but at the Synods of respective Churches.

Today’s talk can consequently lead to particular decisions of the Synods of the Orthodox Church of Constantinople and the Russian Orthodox Church, but it is too early to speak about these decisions as yet. The most important thing is that there has been a fruitful exchange of opinions. And I will stress again that the nature of the talk from its beginning to end was very sincere and fraternal. We left Constantinople with very bright feelings and in a very good mood.