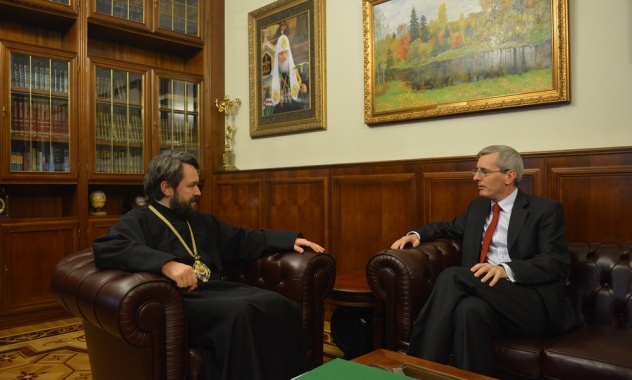 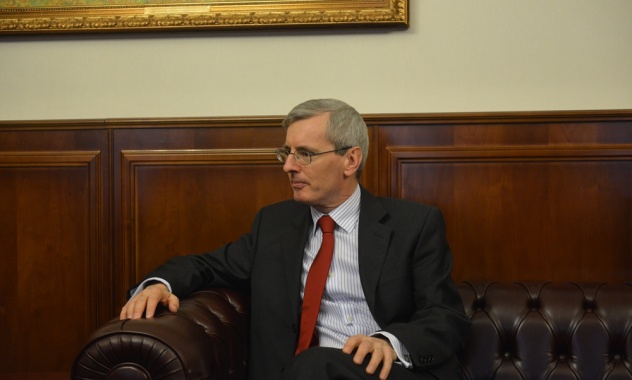 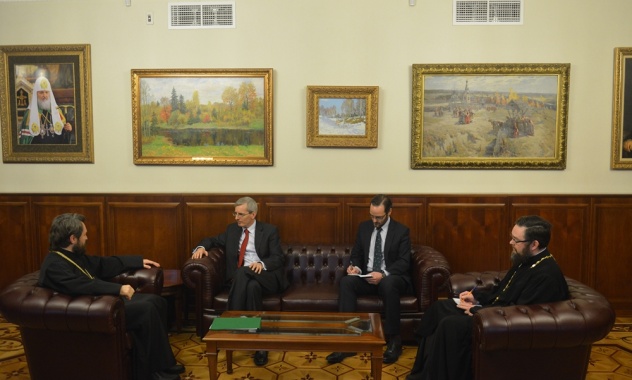 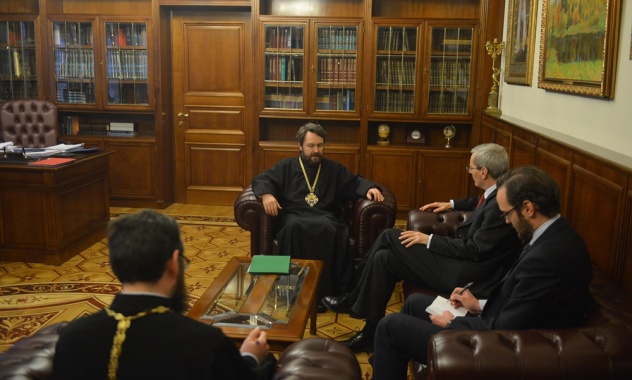 On February 3, 2017, Metropolitan Hilarion of Volokolamsk, head of the Moscow Patriarchate department for external church relations (DECR) met at the DECR with the British ambassador to Russia Laurie Bristow. From the British embassy there was also first secretary Jonathan Evans and from the DECR Archpriest Sergiy Zvonarev, DECR secretary for the far abroad.

They discussed the results of the visit made by His Holiness Patriarch Kirill of Moscow and All Russia to Great Britain on October 15-18, 2016, devoted to the 300th anniversary of the Russian Church’s presence in the British Islands. Metropolitan Hilarion also pointed to the importance of the visits and meetings, which took place during the visit, especially the meeting the Primate of the Russian Orthodox Church had with the Queen Elizabeth II of Great Britain and Northern Ireland.

They also discussed problems involved in the relationships between the Russian Orthodox Church and the Anglican Church, various issues concerning the life of society in Russia, problems of struggle against international terrorism and protection of Christians in the Middle East, as well as provision of humanitarian aid to the population in the Middle East.

In conclusion of the meeting, the parties agreed to develop mutually beneficial cooperation.