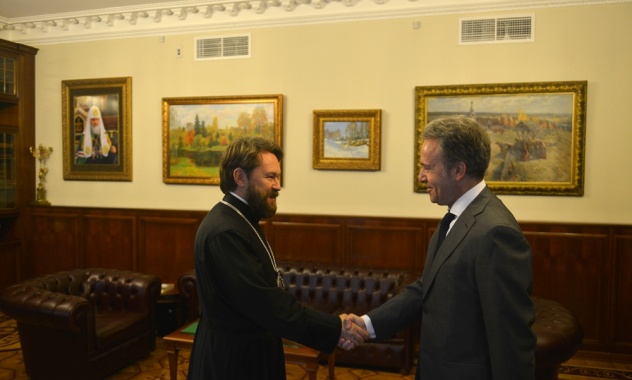 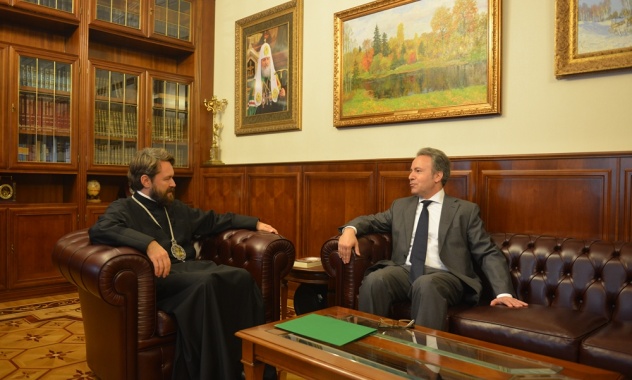 On September 30, 2016, Metropolitan Hilarion of Volokolamsk, head of the Moscow Patriarchate’s department for external church relations (DECR), met with Greece’s new ambassador to Russia Andreas Friganas. They were joined in their talk by Archpriest Sergiy Zvonarev, DECR secretary for the far abroad.

Metropolitan Hilarion welcomed the guest. The ambassador of Greece told him about his diplomatic service before his present assignment.

Metropolitan Hilarion spoke about close historical contacts between the peoples of Russia and Greece and fraternal relations between the Russian and Greek Orthodox Churches.

They also discussed the development of church life in Russia and Greece as well as matters of mutual concern. In particular, the ambassador shared information about the church-state relations in Greece today, including in the area of education.

In conclusion of their talk, Metropolitan presented his guest with a token of the meeting.