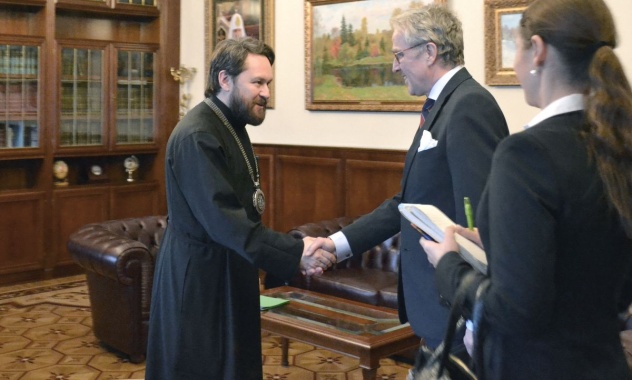 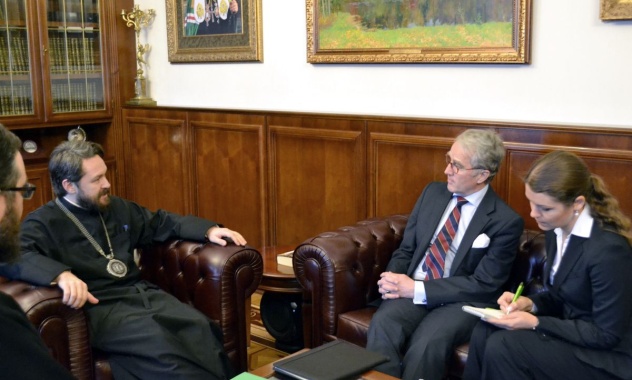 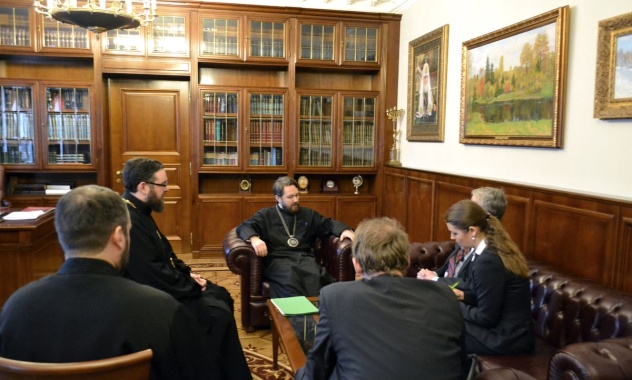 On 15 March 2016, Metropolitan Hilarion of Volokolamsk, chairman of the Moscow Patriarchate’s Department for External Church Relations (DFECR) met with Baron Rüdiger von Fritsch-Seerhausen, Ambassador Extraordinary and Plenipotentiary of the Federal Republic of Germany to the Russian Federation.

They were joined in the meeting, which took place at the DECR premises, by Dr. Werner-Dieter Klucke, head of the Department of Culture of the German Embassy; Ms Krisitna Borger, an interpreter; Archpriest Sergy Zvonarev, DECR secretary for far abroad countries; and hierodeacon Roman (Kiselev) of the same secretariat.

Metropolitan Hilarion warmly greeted the high guest and told him at his request about the Havana meeting of Patriarch Kirill and Pope Francis and about the contents of the Joint Declaration signed by them.

The DECR chairman also told the German diplomat about the preparation for the Pan-Orthodox Council due to take place on the island of Crete next June.

The ambassador thanked Metropolitan Hilarion for the meeting and informative talk.

The DECR chairman presented the guest with his book ‘Patriarch Kirill. Life and Worldview” in the German language.